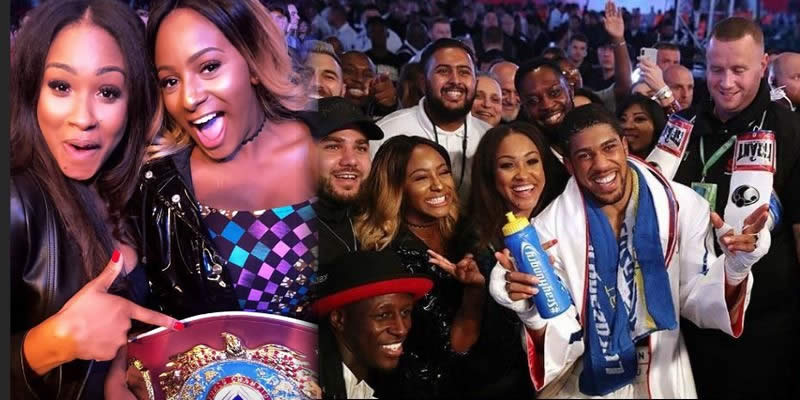 DJ Cuppy celebrates with Anthony Joshua after his victory in London

Popular Nigerian Disc Jockey, DJ Cuppy who has always been a fan of British-Nigerian Boxer, Anthony Joshua was in attendance to watch him fight Alexander Povetkin.

Anthony Joshua knocked out Russia’s Alexander Povetkin at the Wembley Stadium, where he won his 22nd fight in the seventh round and also retained his IBF, WBA Super, WBO & IBO World Heavyweight belts.

He’s here pictured with DJ Cuppy who watched the matched at the ringside along with Anthony Joshua’s sister, Janet.

Cuppy was later pictured with Janet as they struck a pose with AJ’s WBO belt which he won yesterday.