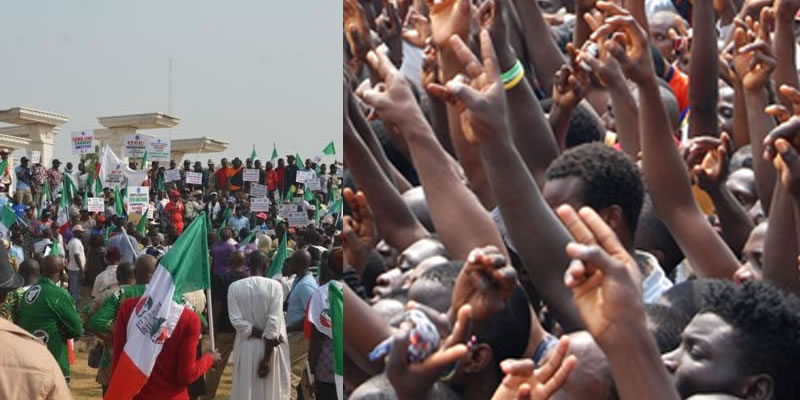 The Accountant-General of the Federation (AGF), Mr Ahmed Idris has warned that continued labour unrest in the country would deny workers their salaries.

According to a statement issued and signed by Ifeanyi Okereke, Head of Press and Public Relations (OAGF), Mr. Ahmed Idris said that “The payment of salaries cannot be achieved in an atmosphere where the critical stakeholders are not allowed access to their offices.”

The AGF noted that “Salary payment involves a number of processes that do not begin and end with the OAGF. There are other critical stakeholders like the Cash Management Department in Ministry of Finance and others who are supposed to do their beat before we can finalize.”

“We have a standing order from Mr. President to pay workers’ salaries from the 25th of every month, which we have striven hard to fulfill to Nigerian workers  and this month will not be an exception” maintained the AGF.

Ahmed Idris stated that, “On coming to the office this morning (Thursday) we met the gates of the office locked and wondered how we can keep this promise if we are being locked out of the office.  After speaking with the local arm of the Labour in the office on the need to pay salaries, they conceded to allow me and some of my staff in but the Gates are still locked. I therefore appeal to labour to open our gates so that we can have unhindered access to meet their needs”.

The AGF further appealed to the National Leadership of Labour to reconsider their stand on the on-going strike saying that the Federal Government under President Muhammadu Buhari more than ever has demonstrated high commitment towards meeting the welfare of the Nigerian Workers.

Mr Idris therefore urged Labour to trust President Muhammadu Buhari “and return to the path of discussion, and negotiation, as the President has demonstrated enough commitment by setting up the tripartite committee.  The  committee which is headed by Ms Amal Pepple is saddled with the responsibility of consulting widely with stakeholders with a view to coming up with a realistic and acceptable minimum wage.”

JUST IN: INEC presents certificate of return to Obaseki, Shaibu

It will be recalled that the AGF had at the end of the Federation Accounts Allocation Committee meeting (FAAC), on Wednesday 26th September, promised that salaries of Federal Government Workers  will be paid.