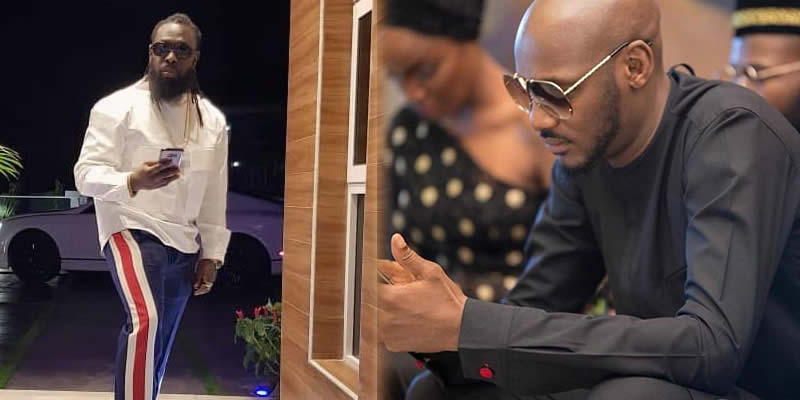 2face Idibia is the only legend in the industry – Timaya says

Nigerian dancehall star, Enitimi Alfred Odom, better known as Timaya, has described fellow musician, 2baba as a legend. He explained in a recent interview that 2baba is the only Nigerian artiste who has the right to be called a legend.

It is not new to see artistes all over the world struggling to stay relevant and even attacking anyone who they feel is a threat to them, such as it is in the case of international rappers, Nicki Minaj and Cardi B.

The Nigerian entertainment industry is also a very competitive ground that has proven that only the strong can manage to stay relevant and survive.

‘You are an epitome of a supernatural mother’ –…

Some musicians in the industry have stood the test of time and can now be rightfully called legends.

Dancehall star, Timaya, said in a recent interview with Sound City FM that doing music for over 10 years does not make one a legend. He even explained that he doesn’t consider himself to be a legend in the industry.

“In this part of the world, many artistes when they get to 10 years, they start shouting ‘I’m a legend’, ‘legendary’.

“To me, in this industry, the only person that can call himself a legend is 2face. The others shouldn’t. Even if people call me a legend, I don’t like to be seen like that.”

2baba has no doubt managed to remain relevant in the tough industry despite artistes from his generation not making it till now.

READ:  There will be nothing like Domestic Violence in my House again – Actress Bose Alao speaks on Divorce

Further in the interview, Timaya revealed that he is, however, still relevant in the music industry because he drops hits every year.

“The crown never leaves. I am Timaya anytime any day, 13 years is not three years.

“People don’t understand that making a hit song doesn’t mean you are a star. Stars always shine, some people can make a hit song and you will never hear of them again. There’s no year I’ve never dropped a hit song.

“I don’t want to be number one. I just want to be a musician. A lot of people have come and gone but I’m still here.”

NAN earlier reported that music star, Davido’s daughter, Imade, looked adorable after she was styled by her grandmother for her Cultural Day celebration in school ahead of Nigeria’s Independence Day celebration.

When kids have to celebrate an occasion in their school, parents are often excited, also mirroring the happiness of their little ones. In Nigeria, most schools celebrate the country’s independence, which is on October 1.

To celebrate Nigeria’s 58th independence, students are made to dress up in their traditional attires, while the school displays native food from different tribes. Related topic; Timaya welcomes 3rd child with 2nd Babymama