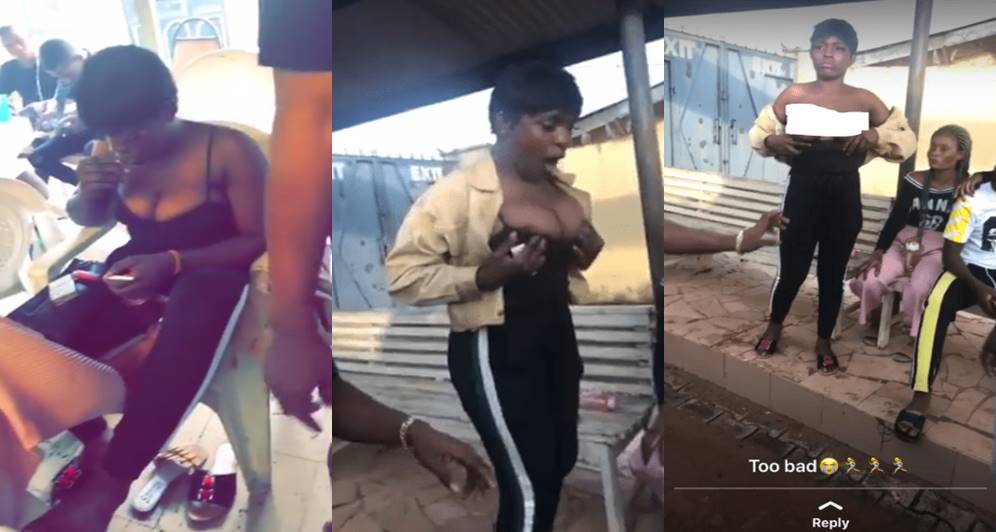 Nigerian lady deceived, ordered to expose her body to get an iPhone gift (photos)

The lady got herself trending online for the wrong reason after going to extra lengths just to get herself an iPhone X which was falsely promised to her by some guys in Sagamu area of Ogun state.

According to the Facebook user who posted the reported the incident, the lady was promised an iPhone X on one condition, that she will take drugs with them.

The lady who wanted the phone badly, can be seen taking some hard substances and also displaying her breasts in public before she later fell asleep after getting high. 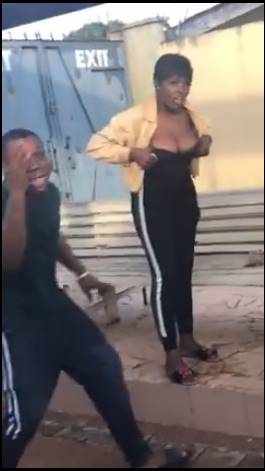 Despite knowing that she was being filmed, she didn’t mind as she set her sight on the “reward” which was not given to her eventually, according to the poster.

The videos which went viral online – have sparked different reactions from Nigerian internet users – with some blasting the lady for selling herself so cheap just for a phone while others criticised the guys for “compelling” the lady to do so and taking advantage of her. 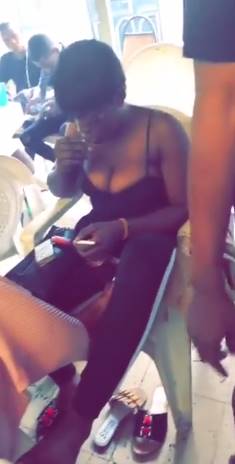 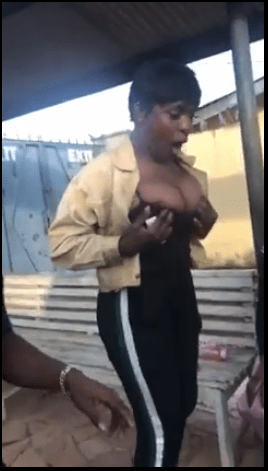 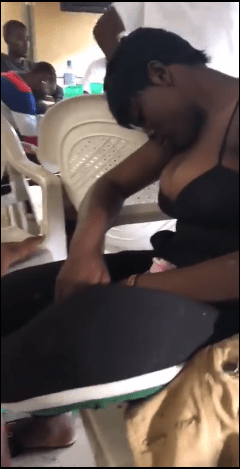