Ever since the Big Brother Naija 2018 show to an end, majority of the housemates have been able to pursue their dreams.

Some have been successful while others are still trying to find their path. Amongst those standing tall is Munirat Antoinette Lecky popularly known as Anto.

She recently featured in a stage play alongside comedian Chuks D’general. The two were reported to be in a sizzling romance due to the photos released ahead of the comedy show.

She did very well during the stage play but not much has been heard from her. The young lady recently visited Benin Republic and was seen with a snake round her neck.

“At The Temple of Python during my trip to Ouidah, Benin Republic with @irinajo_ng: @sholaanimashaun.” 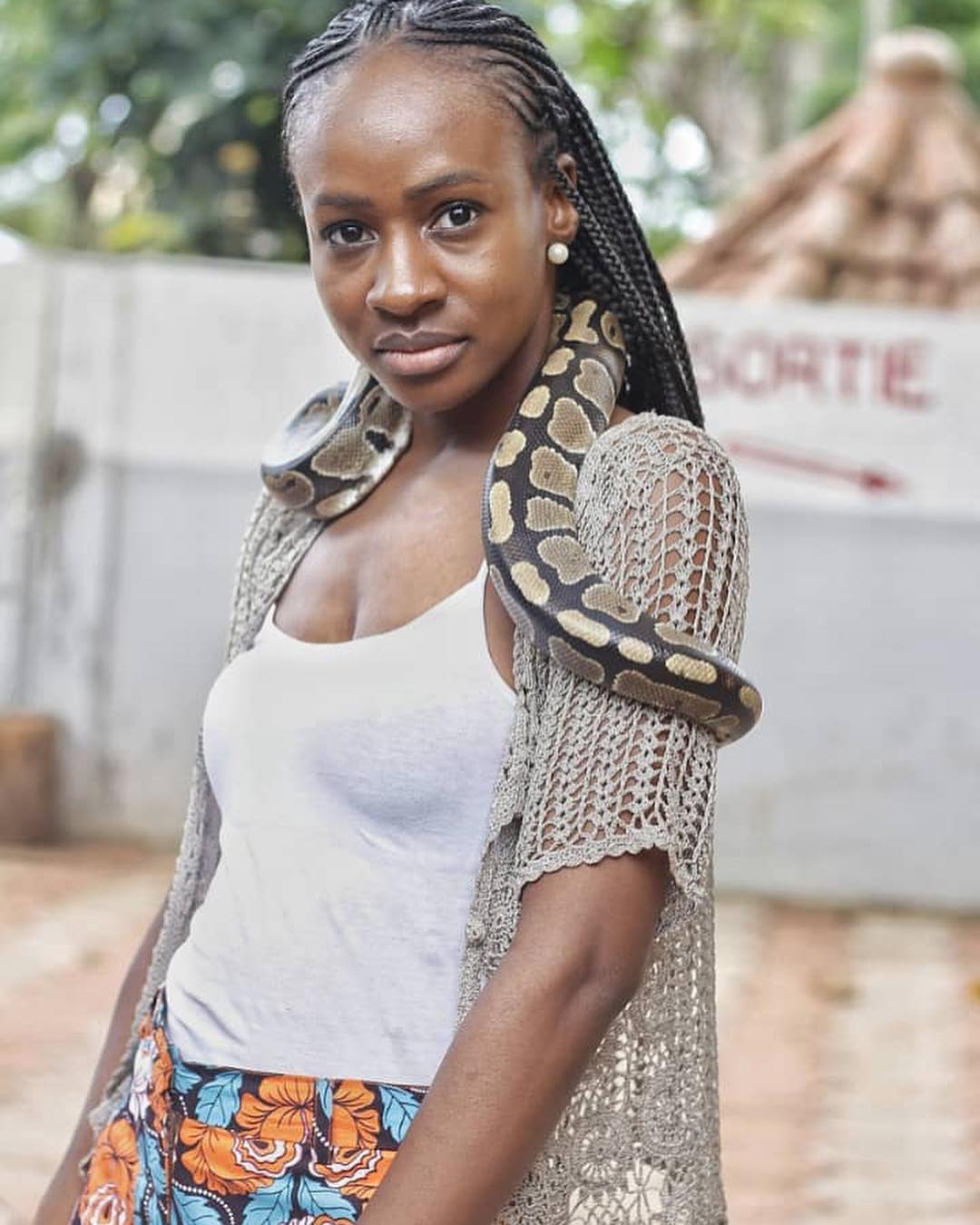 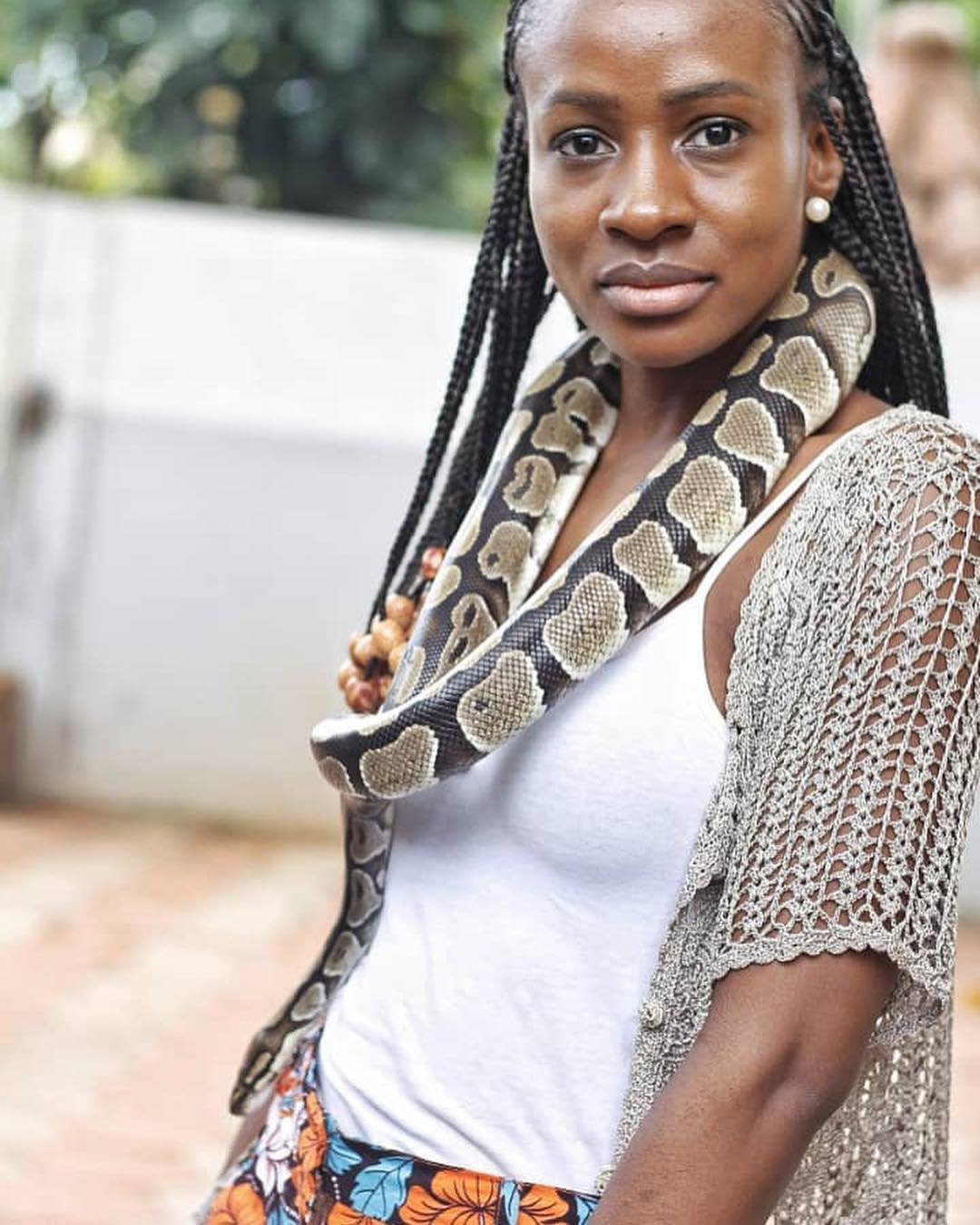