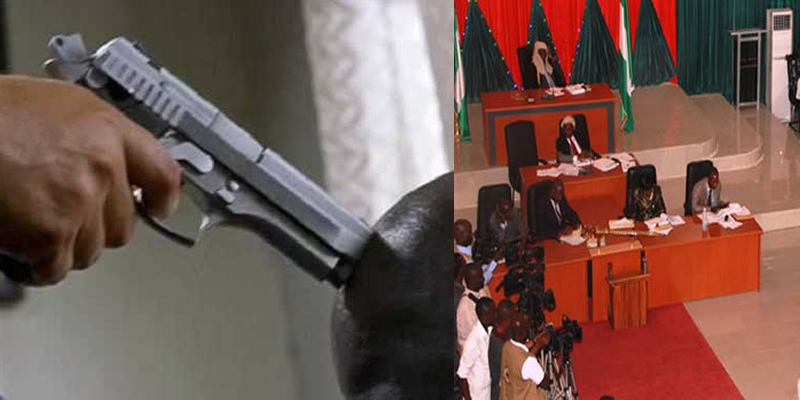 Some unidentified gunmen on Friday shot a member of the Ekiti House of Assembly, Mr. Michael Adedeji, at a close range at Ado Ekiti while driving to Akure, Ondo State.

Mr. Michael Adedeji was said to have survived narrowly, was initially rushed to the Ekiti State University Teaching Hospital for treatment.

He was later transferred to the Federal Teaching Hospital, Ido Ekiti, when his condition became critical.

Confirming the incident, the Deputy Speaker of the House, Segun Adewumi, said in Ado Ekiti that Adedeji, who represents Ekiti Southwest Constituency II, was shot on the head.

He said the lawmaker was immediately rushed to the EKSUTH where he was admitted at the Accident and Emergency unit for intensive care.

The deputy Speaker, a PDP member, disclosed that the victim was accosted and shot by the gunmen while reversing his car in a bid to escape.

“When he was accosted on the way, the lawmaker wanted to flee the scene by putting his car on reverse gear, but these evil men opened fire on his vehicle and the bullets hit him on the head.

“He was immediately taken to a hospital in Ado Ekiti where he received emergency treatment,” he said.

When NAN got to the Accident and Emergency Unit of EKSUTH at about 12 noon, it was learnt that the lawmaker has been referred to the federal teaching hospital in Ido Ekiti.

Adedeji narrowly escaped being suspended by the House under the former Speaker, but he was made to tender an open apology at the House plenary.

The Police Public Relations Officer in the state, DSP Caleb Ikechukwu, said he would react to the incident as soon as it is brought to the notice of the state Police Command.