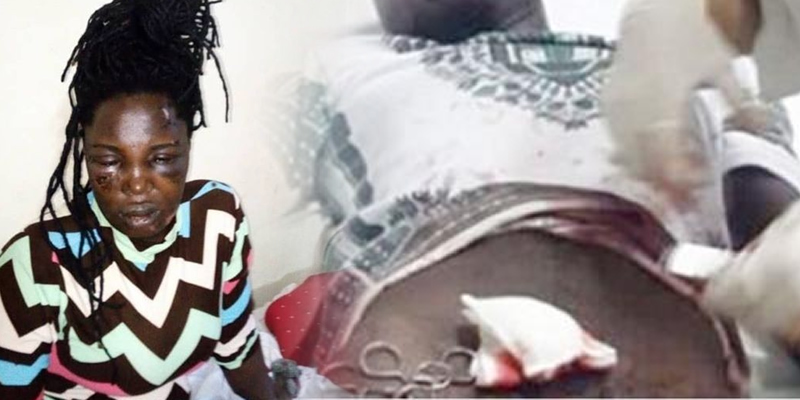 A jealous lover has been arrested for attacking her boyfriend who she suspected was having an affair with several women.

The lady Rehema Kabayana, 24, from Uganda allegedly used a four-inch knife to cut off the penis of her boyfriend Anthony Sekawa, 28 over an alleged affair.

According to police, she waited until her boyfriend had fallen asleep before attacking him. Neighbours who heard his cries, quickly called the police before Sekawa was then rushed to the hospital.

The PML Daily in Uganda reported that he told police that the couple had got into a fight, during which she had apparently tried to cut his throat. After he fell asleep, Kabayana attacked him and hacked off his manhood with a knife.

Upon arrest, Kabayana told police that she had recently discovered her boyfriend was seeing different girls at a brothel located in Wanton Mukono and hatched the revenge plot.

“I then discovered that he was secretly going out and flirting with other girls at different bars. This made me very angry. I was full of anger inside and couldn’t relax,” she told them.

Sekawa was rushed to Namirembe Hospital, the paper said, for treatment while Kabayana was arrested and held in custody over the attack.

Man commits suicide after girlfriend dumped him in Kano

Kampala Metropolitan Police spokesman Luke Owoyesigyire confirmed that Mukono Police had received an emergency call about a man’s penis being cut off with a knife.

Owoyesigyire told the paper officers arrived along with rescue staff and found the man severely injured and he was rushed to hospital.

The Police said the couple have long battled over his womanising, with Kabayana ordering him to cease contact with any other women, including not talking to them, answering their calls or even smiling at them.

She told police that he failed to do so, leaving her with no option than carrying out the sickening act after he took her for granted.

The suspect is currently detained at Mukono Police Station on charges of attempted murder as the investigation continues.