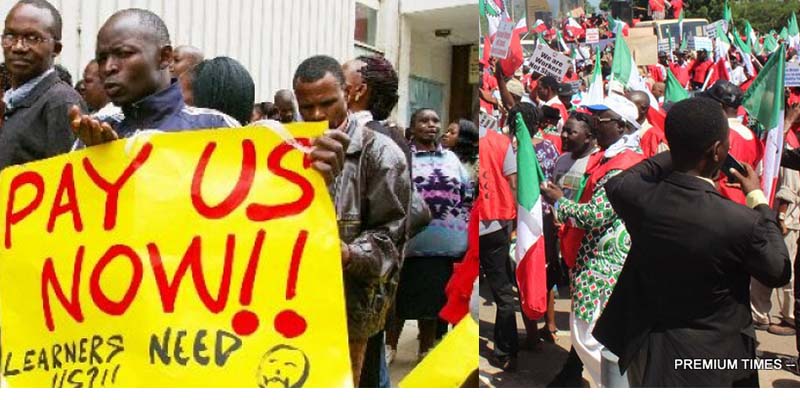 Labour strike: Teachers To Join Strike As Instructed By NUT

The Nigerian Union of Teachers, Niger State chapter, has instructed all teachers in the state to join in the nationwide strike for increment of wages by organised labour.

Addressing newsmen on Monday at the end of the State Wing Executive Council meeting at the NUT Teachers House in Minna, the state chairman, Ibrahim Umar, called for an approval for the increase in the retirement age of teachers to 65 years.

Umar said, “We received a directive from the national body that by 12 midnight of Monday, if nothing happens in the affirmative, we should join in the national strike by the Nigeria Labour Congress.”

The state chairman, while disclosing that the number of teachers in the state has reduced from 30,000 to less than 27,000 said, “We want Governor Abubakar Bello to send an executive bill to the state House of Assembly for the express approval to increase the retirement age of teachers from 60 to 65 years and 35 to 40 years of service.

The Union also urged the Niger State Government to regularise the release and implementation of members’ promotion at both primary and post primary school levels between 2015 and 2017.