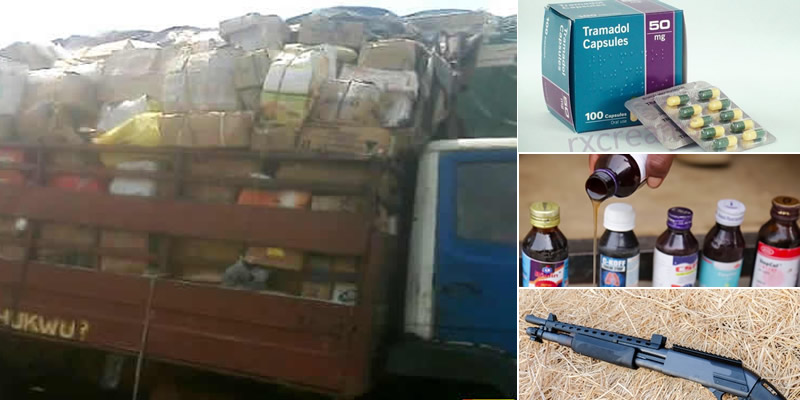 The items included Italian-made magnum data pump action of eight rounds, 200 set of military camouflage, 4,375 pieces of live ammunition, 1,160 packets of codeine and over 300 pieces of Tramadol among others.

“There was no tip off, but the eagle-eyed operatives of the unit suspected the truck. It was in the course of the dogged search that these exhibits were discovered.”

Broda Shaggi narrates how policemen allegedly planted tramadol in his…

Stating that the truck was seized along the 9th Mile, Enugu road, Olusemire said that three suspects were arrested, and that they would be arraigned at the Federal High Court, Owerri on Wednesday.

The Comptroller, who said the DPV of the seizure was N9,620,000, noted that the drugs did not have NAFDAC certified number.

Another interesting topic; Truck driver gets married to his fiancée with his truck in Plateau (Photo)

Tramadol, cannabis influenced us to kill our boss, daughter — Guards