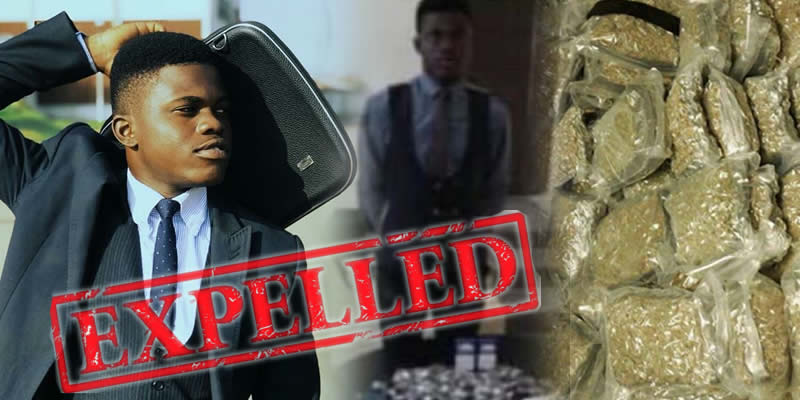 A 300 level Economics student of Ajayi Crowther University, Oyo state, has been expelled after he was caught with drugs.

Adenowo Emmanuel Oreoluwa was on Tuesday, 13th November 2018, caught with 80 wraps of Indian hemp along with other illicit drugs within the school premises.

Adenowo is also a musician with the stage name “Drauzie“. According to reports, he had earlier been caught doing drugs but was let off on a warning by the institution. He has now been expelled after getting caught again. You may also like to read; We caught “Big fish”, says India Police as they arrest Notorious Nigerian drug smuggler