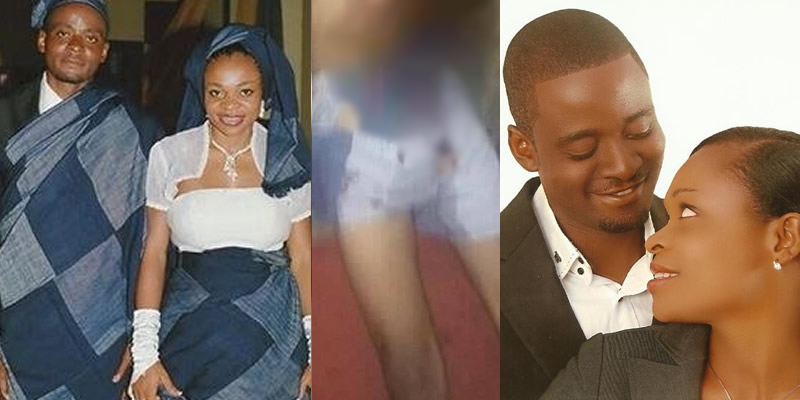 NICHOLAS Adetsav and his three kids Nguavese, Evelyn and Joshua who were reportedly killed by his wife were yesterday buried in Makurdi, Benue State by the husband’s family.

We earlier reported that the accused murder, the wife was missing in the Obituary poster that was created and distributed to announce the burial of the family (read here)

The body of the wife Rochelle, who was alleged to have killed her husband and the three kids, was said to have been rejected by the family.

According to The Nation, investigations revealed that the family members of the slain Nicholas had rejected her corpse, insisting that she would not be buried in her late husband’s compound in line with the tradition of the Tiv people.

The police have said autopsies would be conducted on the dead bodies.

When contacted, the Police Public Relations Officer for the Benue State Command, DSP Moses Yamu, said the autopsies are being carried out at St. Theresa’s Mortuary, Makurdi. This is to know the cause of the deaths.

He said, “Yes, we are aware of the case and on top of the situation. Investigation has commenced in earnest because one cannot tell exactly what happened at the moment; although, people around are alleging that it was the woman that murdered the husband, their three children and possibly killed herself.

“According to them, before the incident, they saw her smashing the husband’s vehicle before she later moved into the room. The police came and forced the door open and saw the five corpses inside. The state Commissioner of Police, Ene Okoh, has ordered full investigation into the circumstances behind the incident.”

The bodies of the couple and their three kids were discovered on November 3. Many residents of Makurdi, especially those located on Vandeikya Street, High-level in Makurdi where the incident happened did not believe that a woman could slaughter her own three children and kill her husband and commit suicide.

READ: Tragedy hits family of 8 after eating Amala, 4 killed, 4 others battling to survive in Ilorin

On that fateful Friday evening, at about 7:30 to 8 pm news filtered into town that a 35 year old house wife Rachael Adetsav, killed her husband Nicholas Adetsav with a pestle and slaughtered her three kids and later committed suicide.

The couple who were married in a Catholic Church lived in a rented apartment on Vandeikya Street, High-level in Makurdi.

Another interesting topic; Nigerian Man batters his wife for slamming the door (Video)