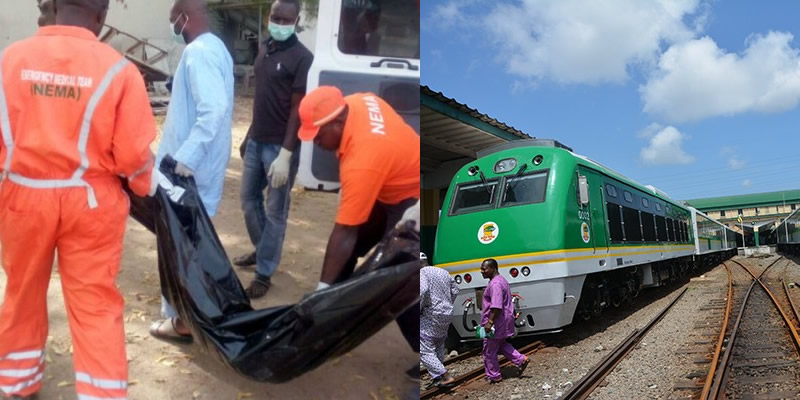 A middle-aged man, who is yet to be identified, was on Monday crushed to death by a train at the Phikwore Area of Kubwa, a suburb of the Federal Capital Territory.

The frustrated who left a suicide note, was seen lying down on the rail track waiting for the train, which was close by. The incident happened around 12:45pm, a kilometre away from the Kubwa Railway Station.

The victim left behind the suicide note in a bag containing some clothes by the side of the railway track.

Some of the eyewitnesses who spoke to NAN said that the note contained a short message, supposedly to his wife and kid, which reads, “Please forgive me for I do not have funds to take care of you.’’

The body of the victim was yet to be identified as of the time of this report.

The spokesman for Nigerian Railway Corporation, Mr Niyi Ali, who confirmed this incident to NAN, said that an investigation had begun into the incident to unravel the real motive behind the act.

“We will like to find out what will warrant a young man to lay in wait on a train track to take his life.

You may like to read; They told me I’ll never conceive again after raping and whipping my blood stain, 13-yr-old detail gang rape ordeal

Meet 2face Idibia’s daughter, Ehi, who looks so much like him (Photo)