Davido revealed that his one year NYSC service has been canceled while reacting to the photo of a Youth Corps who was sharing how he was commended for a job well done during the service program.

Ever since news broke of Nigerian singer, Davido, going for the one-year mandatory National Youth Service Corps program, Nigerians have steady followed the progress from his end.

It was only at the beginning of the program earlier this year, we got to see the singer participate in the program as he made sure to show it on his social media page.

Not long after, he began going on his music tour, outside the confinement of the NYSC program and hence, a penalty was awarded to him – there was not much of news after this, not until recently when the singer revealed his one-year program was canceled.

After entertainment promoter, Adesegun Adeosun took to his page to reveal that he was lauded by the NYSC official body for his works during his service year, Davido took to the comment section to reveal that his was canceled. 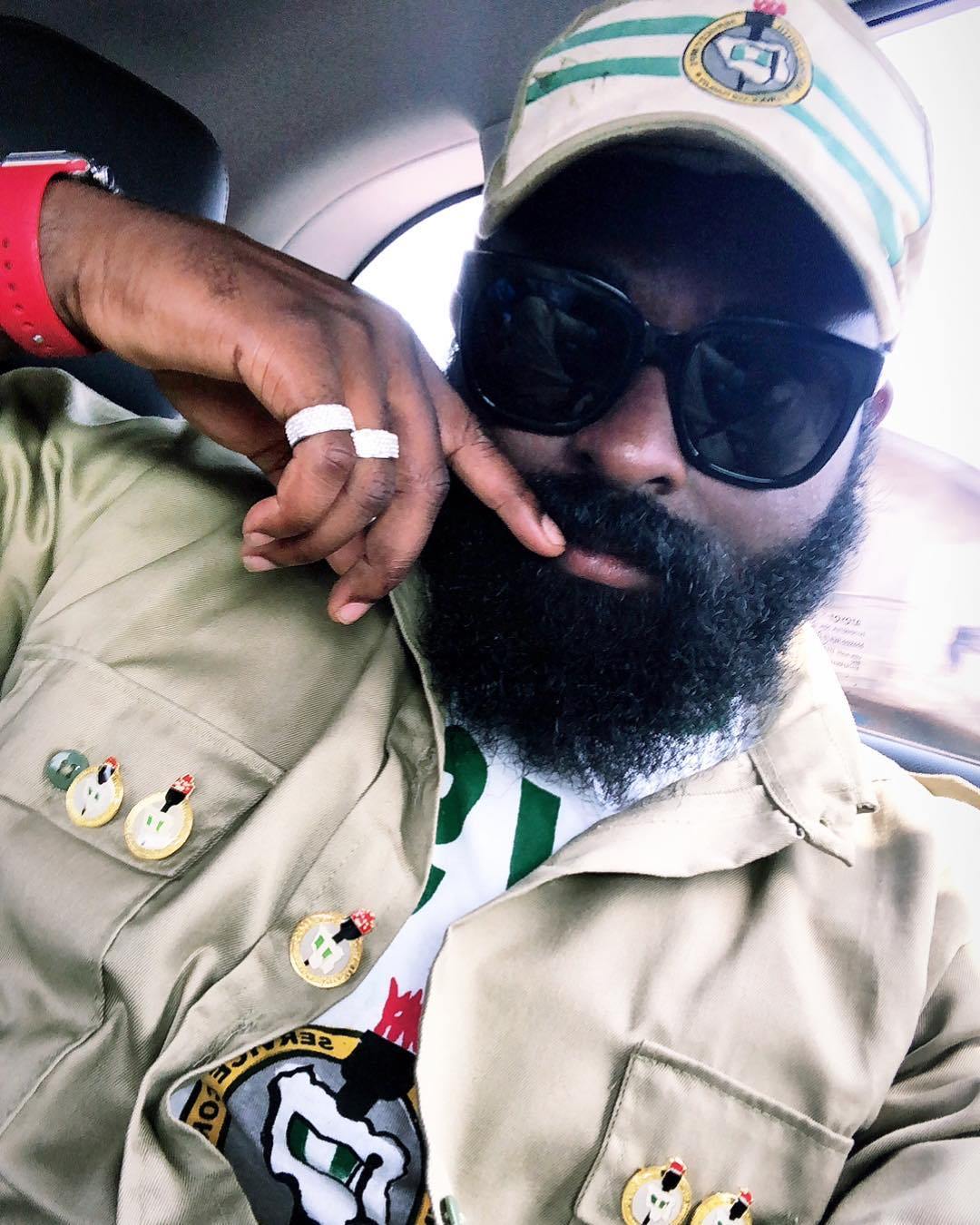 Adesegun Adeosun had written on his page,

Whatever you do, do it well and with PASSION. I love my country and I’m always super proud to represent it as well as keeping the flag flying everywhere I go!!! Wanna give a big thanks to @mreazi @bankywellington @cdqolowo @airboyrado @ushbebecomedian @kokopee_ for coming to entertain us despite the crazy traffic around camp also those that tried but couldn’t make it before lightsout. I’m dedicating this award to all Nigerian Youths striving to do something positive and making a difference home and abroad. #SelfMade #KingSMADE

Nah so dem cancel my own 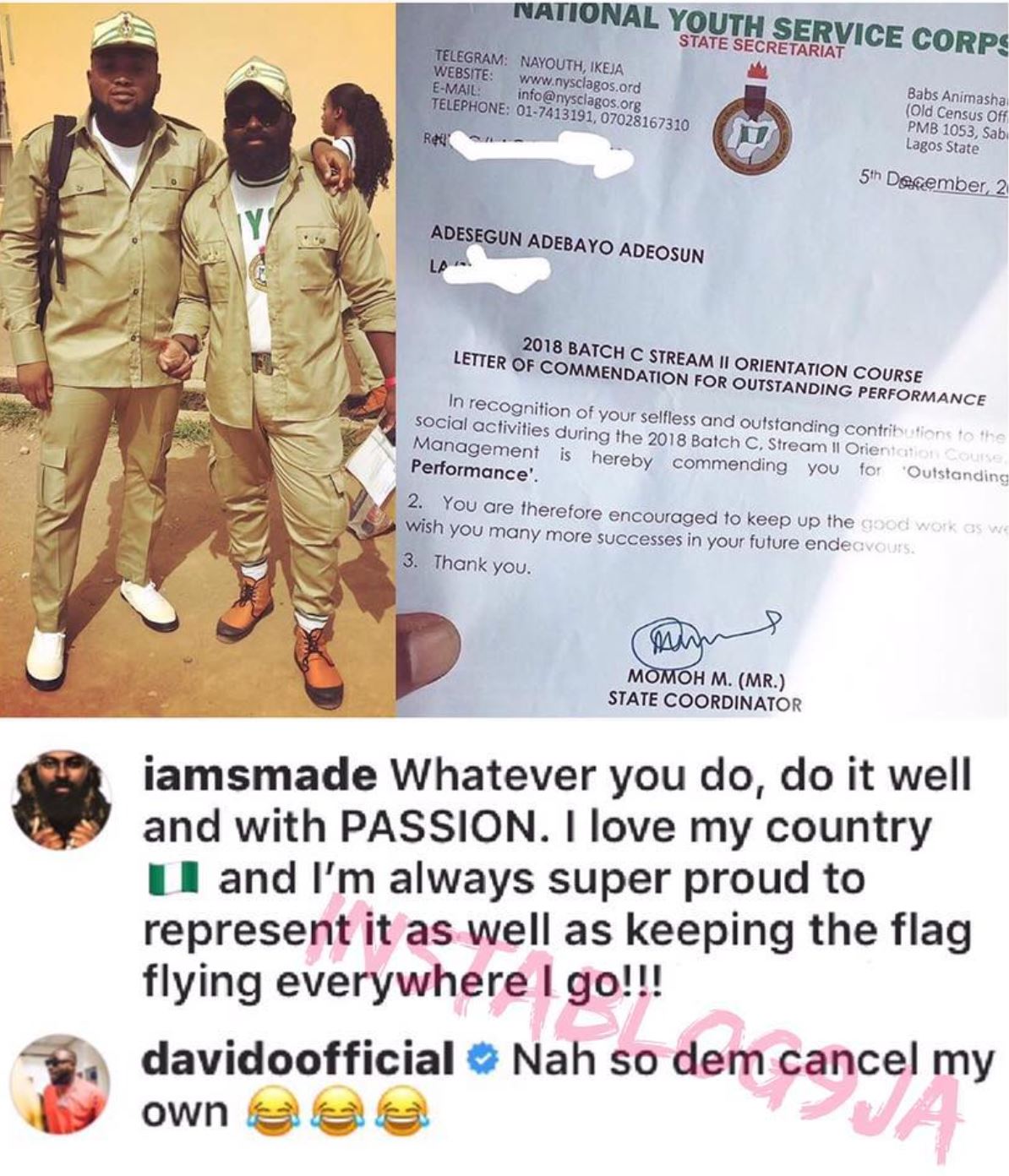 You may like to read; Davido finally reveals his Godfather, the man behind his success