Tanzanian musician, Diamond Platnumz came crashing down after his stage collapses during a performance yesterday.

Apparently, he is unhurt as he posted the video after the incident.

below are photos from the stage performance before the incident. 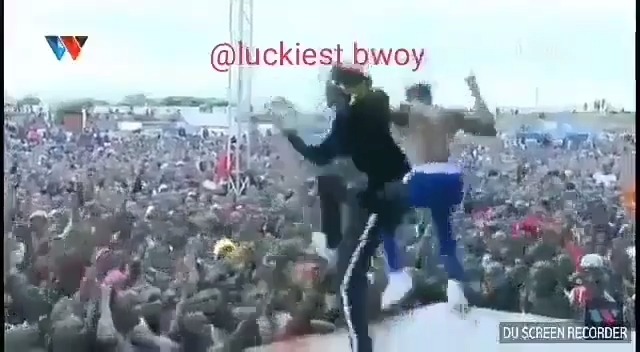 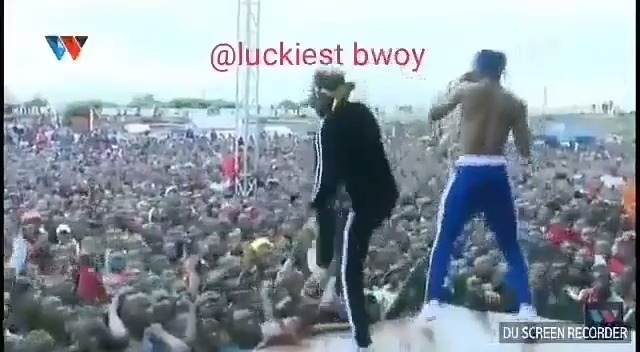 Naseeb Abdul Juma, popularly known by his stage name Diamond Platnumz, is a Tanzanian bongo flava recording artist and dancer from Tanzania. He has had several hit songs including “Number One” which he featured Nigerian artist Davido. Diamond won numerous awards at Channel O and the HiPipo Music Awards.

You may like to read; Slay queens engage in serious fight over food at a public event (Video)