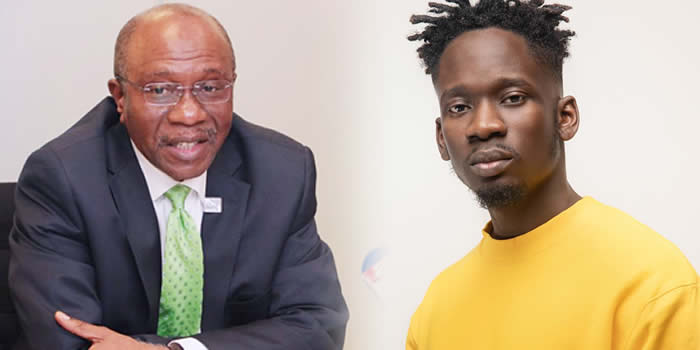 All this happened after the singer disclosed that he was invited to the event by the CBN Governor, Godwin Emefiele and CEO of Deposit Money Banks in Nigeria.

“Today, alongside my mentor @chikanwobi i Sat on a panel at the 2018 Bankers Committee Retreat talking “De-Risking the creative & Service Industries” on invitation of the Governor of the Central Bank Of Nigeria & CEO’s of the Deposit Money Banks in Nigeria! So glad to see the Nigerian banking industry commit towards the future of Nigerian Creatives! Super Excited #LifeisEazi“

However a Twitter user who present at the event, disclosed that CBN Governor Godwin Emefiele allegedly told Mr Eazi that his dreadlocks is irresponsible, And it was gathered that the Governor of the Apex Bank said it was his first impression. @DoubleEph wrote; 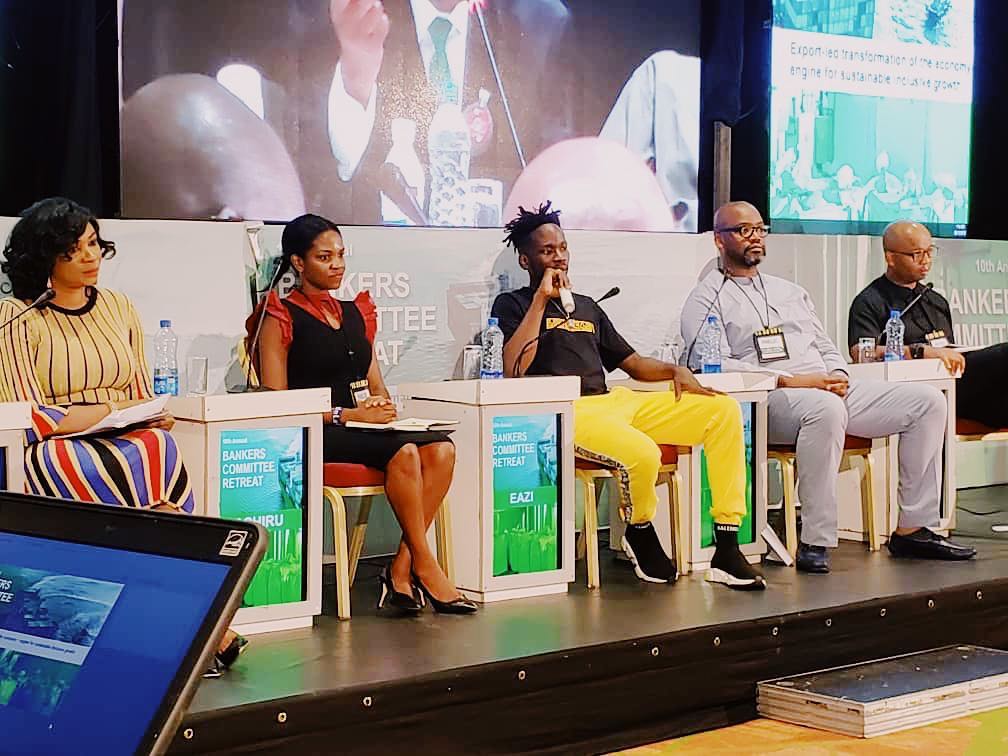 I’m dying here. Mr Eazi went to make a presentation to banker’s committee and Emefiele commented that his dreadlocks are irresponsible

READ: “I met Temi Otedola through DJ Cuppy but she did not introduce me to her”- Mr Eazi

I should add that Meffy said it was his first impression. Presumably he’s changed his mind after hearing how much the young man was making from streaming his music 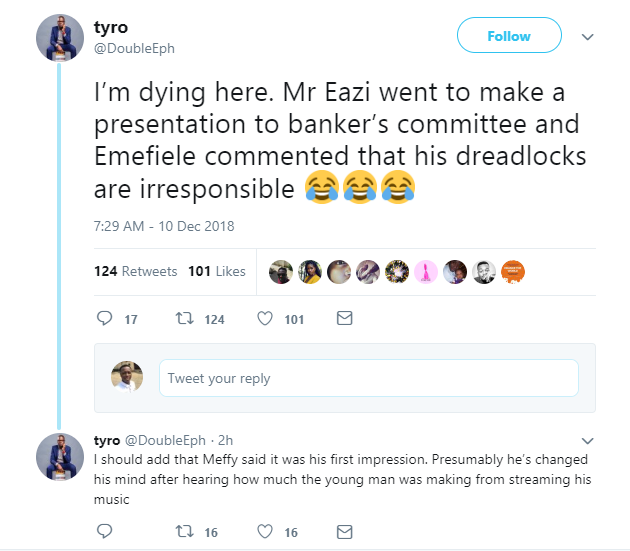