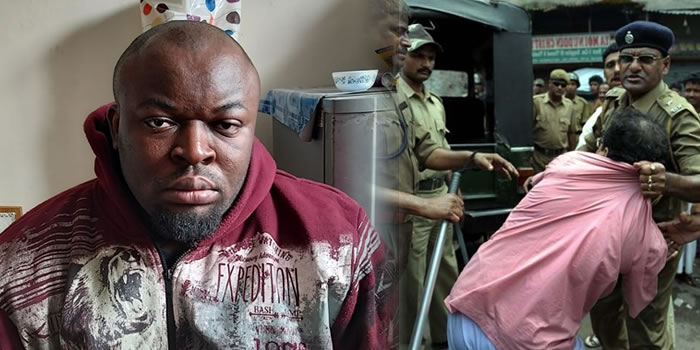 By Aanu Damilare On Jan 7, 2019
Share FacebookTwitterWhatsAppReddItPinterestEmailLinkedin
A 27-year-old Nigerian national who used to supply cocaine in Gurgaon, Noida and Delhi-NCR has been arrested by the south district police.
The police have seized 37.5-gram cocaine worth of Rs 20 lakh from the possession of the accused identified as Joseph Uzoma.
Uzoma was staying at Hauz Rani near Malviya Nagar in a rented house.
CHECK THIS ALSO:

“Last Sunday, we had received a tip-off that drug trafficker Joseph would come in a private taxi to supply cocaine near Hauz Rani bus stop. A police team under the supervision of ACP Udaibir Singh and others was constituted to lay a trap at the bus stop. Following his arrival, he was arrested with 38 gram of fine quality cocaine valued at Rs 20 lakh in the international market,” said Vijay Kumar, DCPolice (South).
During interrogation, Uzoma disclosed that he had procured the contraband from a supplier in Noida. He also revealed that he used to hire a taxi driver to sell the cocaine in Delhi and NCR.
Uzoma had come to India on a student visa but indulged himself in illegal activities and finally started supplying cocaine. He was also found involved in the same nature of crime earlier.

Businesswoman notifies friends ahead of release of her nude photos

Another Nigerian man caught with 1,183 grams of cocaine in Saudi Arabia few days…