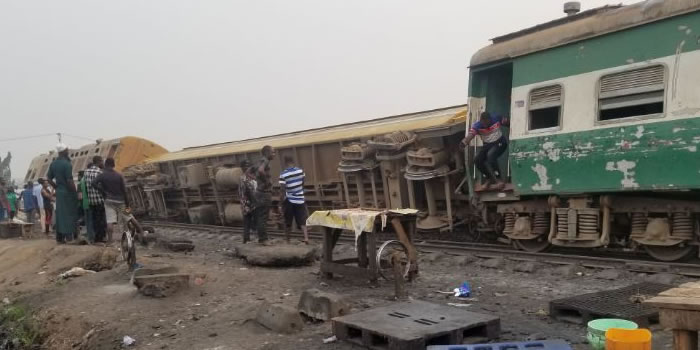 The Nigerian Railway Corporation has confirmed that one person died at an early hour train derailment on Thursday at Ashade railway crossing Agege, Lagos.

Mr Jerry Ochi, the Lagos Railway District Manager, told the News Agency of Nigeria on Thursday that the victim died at the NRC hospital at Ebute Meta while receiving treatment.

“Efforts have been put in place to restore normalcy at the scene of the incident,” he said.

According to him, the NRC officials have been working to re-rail the train and repair the track.

The RDM said the operation would start immediately the tracks were fixed.

Meanwhile, residents complained about poor maintenance of rail tracks, claiming that the governments takes selling of train ticket as their only priority while neglecting maintenance. Watch video below.