Uwaila Idehen, the 35-year-old man who shot and killed his wife and two sons in Benin, Edo State has been arrested and paraded by police in Benin on Monday.

Uwaila who confessed to killing the victims said he did not know what came over him when he carried out the act.

The incident occurred on Sunday at Ovbioge village, in Ovia North-East Local Government Areas of the state.

He alleged that he bought the English-made double barrel rifle from a late police officer, licensed it and sometimes use it for hunting.

He said, “I am a tipper driver. We are two children in my family, my elder sister and me. I am 35 years old. My wife had three children for me, a girl and two boys. The girl is six years, and the boys were three and two years old respectively.

“I don’t know what came over me, and I was not drunk. Due to the nature of my job, my wife always accused me of having affairs with other women, but it is not true.

“At times, when she sees me with my female customers, she will start an argument with me, but I always assure her that there was nothing like that and that my concern was how to take care of the three kids we had together.

“I always walk away whenever she got me provoked but that Sunday, I don’t know what came over me. Instead of just leaving the house, I picked up my gun and shot through the door and the bullet pierced through the plywood door and hit my wife and the two boys. The girl narrowly escaped.”

The state Police Commissioner, Hakeem Odumosu, said the suspect would be charged for murder and perhaps unlawful possession of a firearm.

His wife and children were hit by the bullet. He has however been apprehended and handed over to the police.

Below are photos from the scene of the incident; 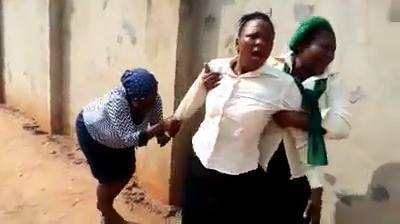 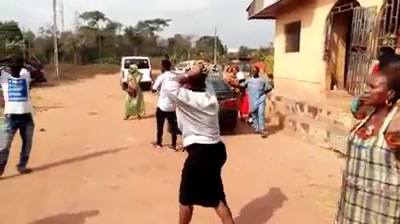 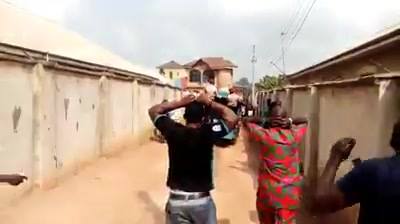 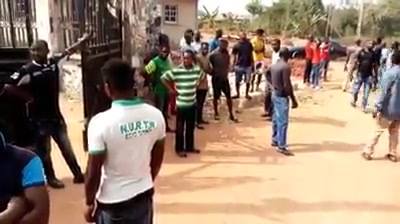 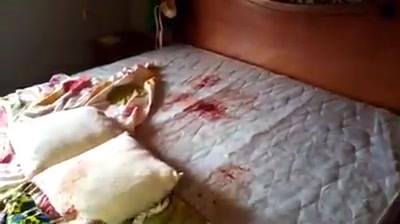 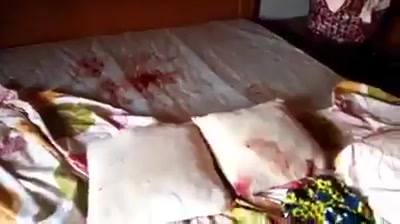