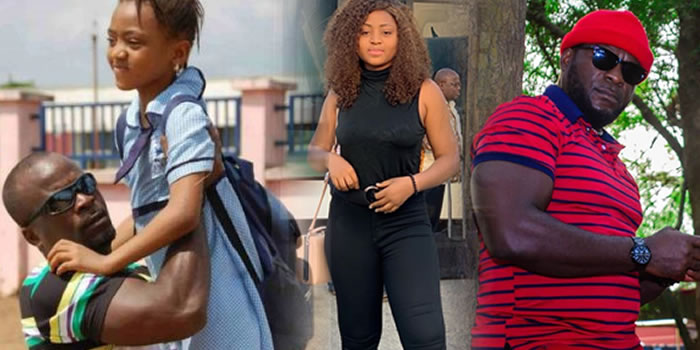 Actors Regina Daniels and Emmanuel Ehumadu Totolos have joined in the #10yearChallenge to recreate a photo they took 10 years ago.

The initial photo was taken in 2009 when Regina was about 9 years old. This year, to take part in the 10 year challenge, they recreated the photo and fans have gone gaga on social media after seeing the photo collage.

See the result below.

The #10yearChallenge has been going viral for some days now and a host of Nigerian celebrities have entertained their fans with their throw backs photos in the past 10 years.

And just today, Kemi Olunloyo wrote that the originator of the challenge is the Central Intelligence Agency, CIA and they did that to peek into people’s pasts so they could identify potential terrorists.