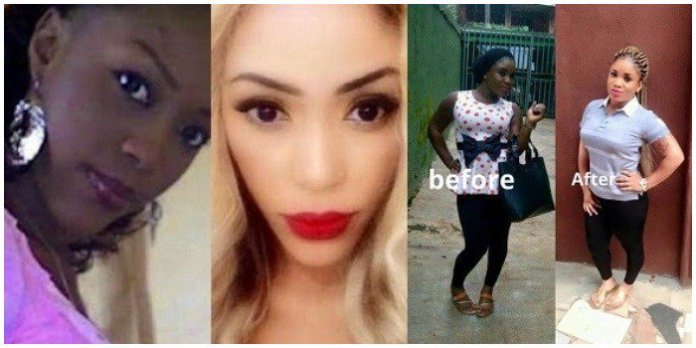 #10YearChallenge gone wrong! Lady’s boyfriend ditches her after seeing she was ‘dark’ 10 years ago

While many have being having a good laugh over other people’s decade old photos as they see what they were before what they’ve become, a lady is certainly not finding it funny after her joining in the trend will cost her her relationship.

The lady who wrote to love doctor, Joro, revealed that she had shared her decade old photo to participate in the challenge but would regret it later after her boyfriend saw what she looked like before he met her.

According to her, her boyfriend saw that she was dark and it was obvious that she had bleached her skin now and because of this, he can no longer continue their two-year relationship.

She says her boyfriend sees her now as deceptive and can’t go ahead in marrying someone who can’t stay true to their skin complexion. She then goes on to plead with Joro to beg her man not to end their relationship over the colour of her skin.

Read what she wrote below,

Joro heaven will Reward you for helping us with our issues… Joro i dont know who told me to Participate in this 10yrs Challenge. joro my boyfriend saw my pictures from 10yrs ago and told me he is done with me. He said i used to be very dark and now am Fair that i have Bleached away my Relationship he is no more Interested.

He Said am very deceptive that he cant marry a woman who changes colour. Joro pls talk to him he is your biggest fan. Yes i am giulty of using bleaching cream over the years but is that enough reason to end a two years Relationship?

Emeka pls I love you dont end it this way.. Joro see what 10yrs challenge have casued me… i wish i never had to post that pic.. am in pains Joro pls help me beg him..