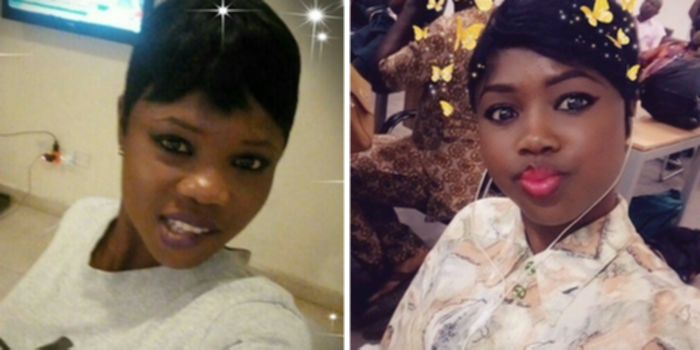 Auditions for highly coveted reality show, Big Brother Nigeria, were recently concluded and mixed reactions have flooded social media by online users who had reservations regarding some of the scenarios that broke out at different audition grounds across the country.

A particular lady who identified herself as, Ruth Babs, had instantly become a subject of discussion on social media after a video of her interview with Legit TV surfaced online. In the exclusive video chat with our reporter, the intending housemate made some bawdy revelations that triggered a lot of negative feedback from the online community.

Among those that weighed in on the lady’s interview, was controversial OAP, Daddy Freeze. The radio star had expressed his dismay at the lady’s comment and blamed church pastors who had also proven over time that they could do anything for money.

Seeing that the tides did not swing in her favour, Babs has now made some comments on her Facebook page in which she revealed that she was no longer interested in the reality show. She also attempted to make her followers believe that she did not willfully agree to be interviewed.

In a series of screenshots obtained from her page, the overzealous prospective housemate who had previously revealed to throw caution to the air for BBNaija’s N45m, was spotted trying to garner empathy from her followers. She had claimed that she completely had no idea that the reporter was a member of the press and as such had agreed to be interviewed on a basis of ignorance.

She added that the interviewer had summoned her upon overhearing her conversation about the Redeemed Christian Church of God (RCCG) with another lady present at the venue.

See her screenshots below:

However, a reporter, Abisola Alawode, gave his account of what had led up to the young lady being interviewed at the audition grounds.

Alawode said: “I was trying to find people to interview to recount their experience at the auditions and was approached by Ruth. She asked what the name of our media house was and I pointed to the microphone saying we are Legit TV. Ruth then asked if she could be interviewed to which I said yes. Obviously excited, Ruth even gave a random lady her phone to record the interview. At no point was she coerced or forced to speak the way she did.”