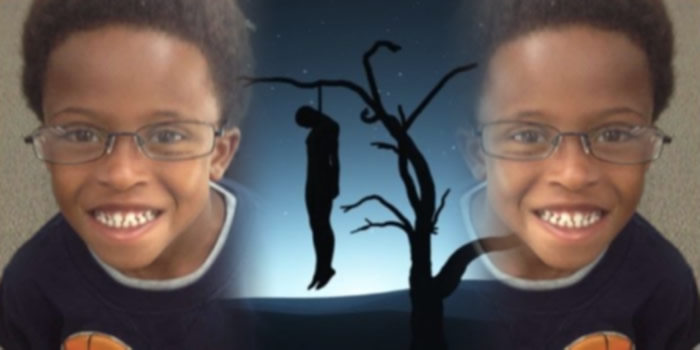 A 10-year-old boy, has committed suicide after he was mocked and bullied in school for suffering from a health condition that made him wear a colostomy bag.

The young lad, Seven Bridges, from Kentucky, hanged himself at his family’s home on Saturday while his mother was away shopping for groceries.

The child’s mother, Tami Charles, said she found him hanging inside a closet when she returned at about 10:30am. She told WHAS-TV:

I saw my son dead. That’s something in my head.

Seven Bridges was born with an unspecified bowel condition and endured 26 unsuccessful surgeries to fix the issue. The ailment resulted in the need to wear a colostomy bag, the smell from the bag of waste cause bullies to attack the boy at Kerrick Elementary and on the school bus. He endured months of repeated bullying and he took his life eventually.

His mother said her son’s school failed him and she and the boy’s father, Donnie Bridges, plan to take legal action against the child’s school district, Jefferson County Public Schools.

Tragedy hits Lagos household as pastor’s wife and mother of…

The district has opened an investigation, but couldn’t comment on pending litigation.