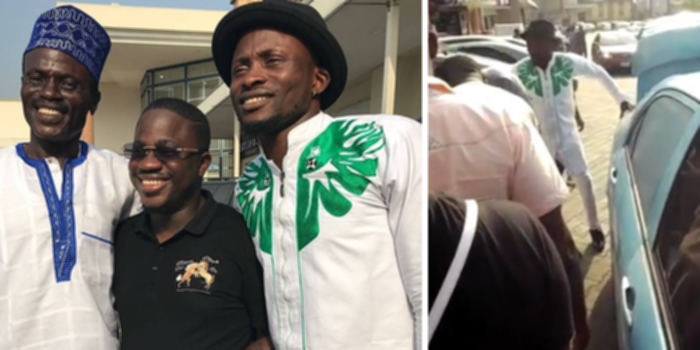 Abija wara bi ekun! This Yoruba phrase is used to describe one particular person who is regarded as a living legend in the Nigerian movie industry. His name is Tajudeen Oyewole but he is popularly called Abija.

After years of acting in Nollywood, Tajudeen faded from the scene but still, for many people, his relevance remains till date.

In light of this, a foundation created by a particular actor named Jigan Babaoja has been wholly dedicated to remembering and honouring living legends in significant ways. Jigan who newly set up this non-profit organisation decided to first honour the person of Tajudeen Oyewole.

Hence, the young actor decided to call out to other Nigerians who also thought the old Yoruba filmmaker to be a legend. On his Instagram page, Jigan spoke of his intention to honour Tajudeen, and then, he invited other Nigerians to bring whatever they could afford to the table.

The clarion call was quickly heeded by many Nigerians. Some of them took to their personal pages to sing eulogies of the actor and also publicly declare their full support for him. Jigan acknowledged these praises of the legendary actor and posted it on his page so that Abija could see it.

After this, a general outreach was held with the aim of gifting Abija with several items. Some noteworthy Nigerians gathered at a Lagos venue and dropped off items like a bag of rice, provisions and the likes.

All these items were conveyed all the way to Abija’s home location, and then, they were presented to him. Apart from the food items and provisions, the veteran actor was also given cash and certain fabrics.

From the looks of it, Tajudeen (Abija) was very grateful for this show of affection which was showered on him. He took some photos with the people who had showed him so much love. Jigan also took his time to appreciate Abjia for the significant impact he made on Nollywood.