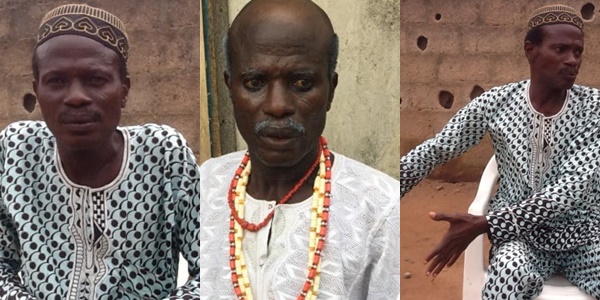 In this recent chat with Taiwo Abiodun, Nollywood actor Tajudeen Oyewole who escaped death in a near-fatal crash back in 2007 said he would love to be sponsored to perform Hajj in Mecca.

Although he has been pleading for sponsors since 2015, no one has come to his aid.

We hope someone will rescue him after reading this emotional interview.

See excerpts of his tell-it-all interview below.

How Did You Get Your Stage Name?

There was one Construction company called Abija Wara Bi Ekun Construction in Oshogbo ,the company was owned by a respectable old man and when we wanted to do a – 13 week-play , the leader thought of what they should call me and the name of the construction company came to mind’ Abija’. We had 25 episodes in that play and I was asked use the name – Abijawara Bi Ekun which is the name of the construction company based in Oshogbo. Later we simply called it ‘ Abija’. Before that time I had been using some stage names but they were not popular until when we started using ‘ Abija ‘ in ‘Opa Aje’ Film , it became popular and my trademark , and this shot me into the limelight .Since then ‘Abija ‘glued on me like gum, and only very few people know my real name as my stage name has overshadowed it”. 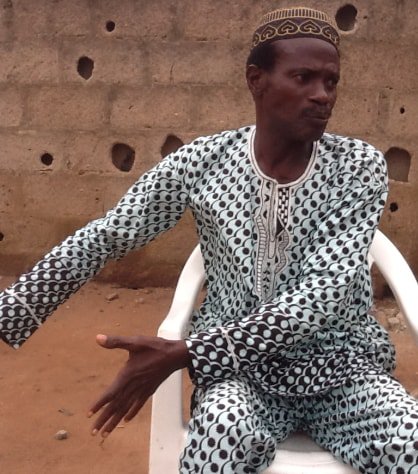 How rich is Abija?

”I am not rich, I don’t have a roof over my head which is part of measuring one’s wealth. I don’t even have a land , and this does not mean that I am not serious or I am a prodigal son because the money realized from acting is not much as people or fans erroneously thought. I am prudent. I have only one wife and I have children in higher institutions. But having said this , I cannot say that I am not a rich man with my children in schools ,though I don’t have raw cash”.

Why do artistes have many wives?

“It is because of the perception of the fans and family members of the female artistes who blackmail female artistes and call them prostitutes so the male artistes preferred to marry them and use them as their actresses in their plays instead of looking outside and begging or paying them to come and acting their plays, and again it is economical. In the days of old female artistes were called names but today that is no longer the case .But our fathers then had many wives because the women would be readily available for them to participate in any role given to them and therefore would not go out looking for people outside to join them”.

How Did The 2007 Auto Crash Happened 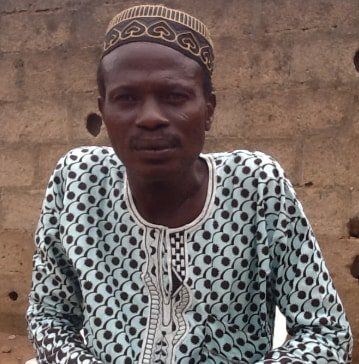 ” I went with my crew to shoot my new film ‘Ibinu Abija’ and on our way back home I hit a big brick- moulded road divider not knowing its position had been changed by those constructing the road along Canaan land.When I was going it was not in that position and on my way back I drove along not knowing it had been dangerously shifted, and I was not speeding. I had been on this film for some years and I believe it would hit the market .It was the film I went to shoot when I had an accident, after Canaan land . I ran into it with my Camry car .My hip went off while the lady, an artiste sitting by the driver’s side died immediately . A woman sitting behind me was seriously injured.Otunba Ajawesola Ayinde Busari assisted me , and stood by me .

Though somebody asked whether I could do an illegal business for him to assist me but I declined and rejected the offer because I cannot allow my image to be tarnished .Pressed further to give the full details about the business but the artiste refused and said ” you know popular people like me are being tempted,but I did not give a definite answer whether I would take the offer or not but I did not go to him again. Any popular person must be careful , and watch his steps or else he would find himself or herself in a big trouble .I decided not to do it , I preferred to struggle and God intervened at last “ 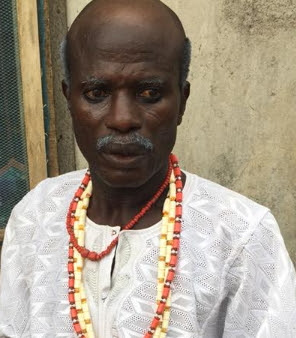 “I have been disappointed by a lot of friends .There was a year a man wanted to sponsor my film , I called one of my best friends to let us go to the sponsor and negotiate with him .We were there and we discussed , and I gave my sponsor and promoter a price , and I was asked to come back the following week , but this my friend went behind me to bargain with him at a lesser and ridiculous bargain.

My friend later again asked me to come and participate in a film he wanted to shoot , and not knowing it was the film I went together with him to negotiate on ,that was how he collected the money. While shooting the film I used all my energy and I almost killed myself to make sure it was successful not knowing that I was a fool. When I later went to meet the man who promised to sponsor and promote my film again he started to trick me asking me to come back again .Later the man ( promoter) showed me the VHS my friend had produced. He accused me of demanding for higher price on the film. He lambasted me and told me my friend had done it .In the end the film did not sell while my so called friend and the sponsor became enemies , my friend was taken to the police station and accused of fraud. I was the one who went to beg the promoter to leave him. This is a film I almost died while acting in it. Not only that , I had invited all my artiste friends and colleagues from Ondo, Abeokuta, Ekiti and all other places and lodged them into an hotel in preparation for the film I wanted to shoot not knowing I was a fool”.

On his death rumour

The rumour was as a result of a fatal accident I had in 2007. You can see that I still limp, the accident was fatal but I thank God that I survived it .I spent two and a half years in the hospital and later at home. I also went to trado- medical for bone setting, my hip was badly affected. The accident happened on September 10, 2007. I don’t believe the accident was caused by enemies or being haunted but it was just like any other accident no more no less. It is not a spiritual attack as some claimed “.

On production of poor quality films

“We need to work harder , all these films produced today are all poor quality .In Yoruba land here we act and produce films that are educative, thought- provoking and full of research works that people believe they would derive a lot of sense from , while some of these films had given them hope as many had regained their lost fortune . That is why we are called Prophets .Take for example the Judge who went to Court to judge is also being taken to Court as he too falls victim of being prosecuted , then how would they judge him? ”.

” I was born many years ago .I read only Primary Six from Local Authority Primary School , Oniyere in Ayedun Agbo Bi Ekun Village. My parents sent me to school but truancy did let me go beyond Primary Six and it pains. None of my children acts but one of them edits. They don’t like acting, one man’s meat is another man’s poison. I think it is education first for the children , and when he or she goes into acting first he would be ruined. It is this lack of education that almost ruined me”.

I Need Sponsor To Mecca

” I am ready to do any film, sponsors should assist. I am not greedy. I believe in Allah but unfortunately they call me Alhaji , Alhaji yet I did not go to Mecca and I am willing to go to Mecca if I get sponsors.

The only Camry car I have in life had condemned due to the accident I had. I abandoned it since I have no money to repair it since 2007, and I believed it must have been towed away by the state government’s towing vehicle .