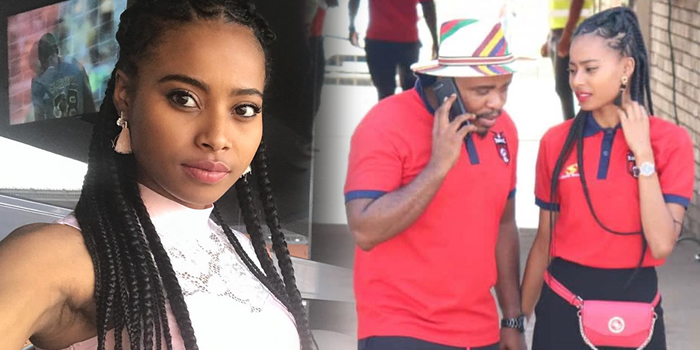 Lady caught cheating with another man, explains what really happened

A South African lady allegedly cheating  with another man, has come out to debunk the story and explained that she was actually with her man.

The lady in a viral video had been spotted at a football game with a man, and another man who seemed to know her was looking behind his seat in a seemingly shocked manner.

Now, the lady in the viral video has taken to her Instagram page to slam the cheating accusations, while explaining why the man who sat in front of her kept looking towards her direction.

According to the lady, she was actually watching the match with her man, and the man who sat in front of them was watching replay action from the screen behind them.

Read what she wrote and see photos of her family below: