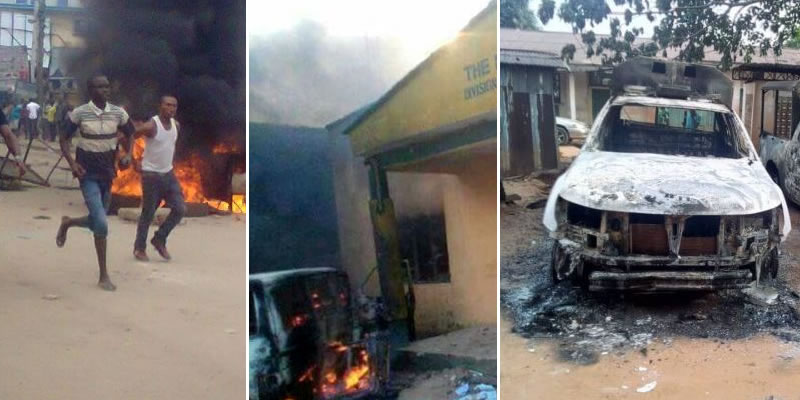 A police station in Ajali, Orumba North Local Government Area of Anambra State, was set ablaze by some hoodlums on Thursday morning, February 14th. The hoodlums also set free some prisoners after beating up some police officers, reports have claimed.

Anambra Police Command has confirmed that its station at Ajali, Orumba North Local Government Area was gutted by fire at about 2.30 a.m. Thursday, Feb.14.

However, a statement signed by the Command’s Public Relations Officer, SP Haruna Mohammed and made available to the newsmen on Thursday in Awka noted that cause of the fire was yet to be unraveled. 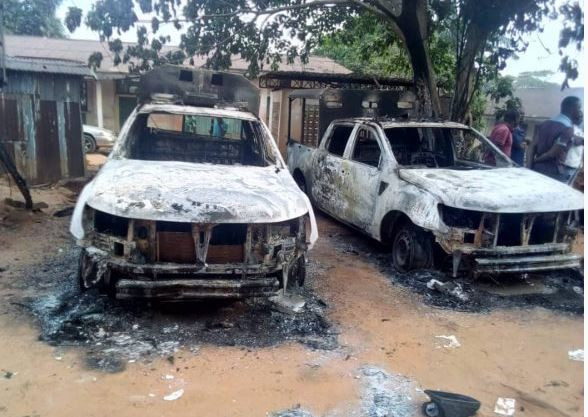 Mohammed said the explanation became imperative against insinuations that the fire was set by unscrupulous elements.

He said that thorough discreet investigations by police had commenced, adding that the true cause would be made public later.

The PPRO said that the Commissioner of Police in the state, CP Mustapha Dandaura, had gone for on the spot assessment of the scene.

Mohammed hinted that the CP had ordered the DC Department of Criminal Investigation and Intelligence Department to conduct a thorough investigation to ascertain circumstances surrounding the incident.

He assured the people that more details would be released on the incident in due course.