It was Doll Jenkins’ wish to have naked butlers for her birthday and the cheeky birthday wish was fulfilled when staff at her retirement home hired the buff butlers for her very special birthday party.

Residents at Milton Lodge made international news last year after they requested the naked hunks to come and serve a three-course meal. This happened after residents told staff they wanted to spend some time with a man.

Then, for Doll’s birthday this year, two hunks were invited back to join Doll, her family and staff at the home in Colchester, Essex to celebrate her big day last Friday. 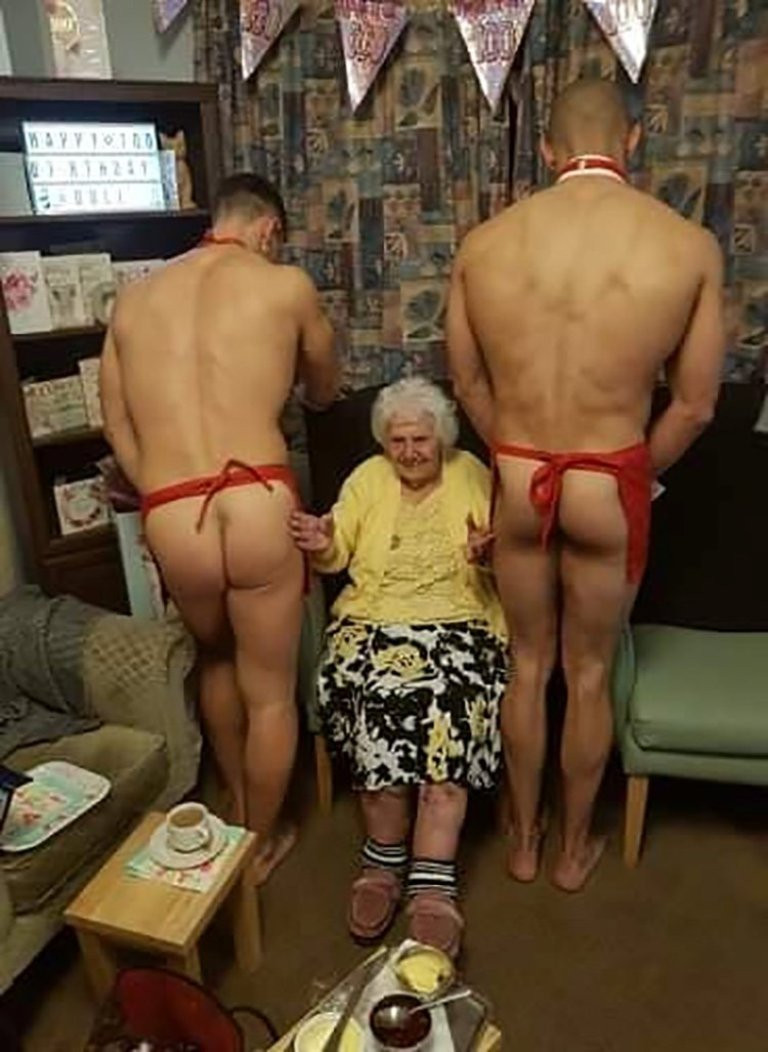 Leigha Jones, senior carer at the home, said Doll had a great time with them.

She told them to go and put some clothes on, but she soon came out of her shell and was flirting and smacking their bottoms. 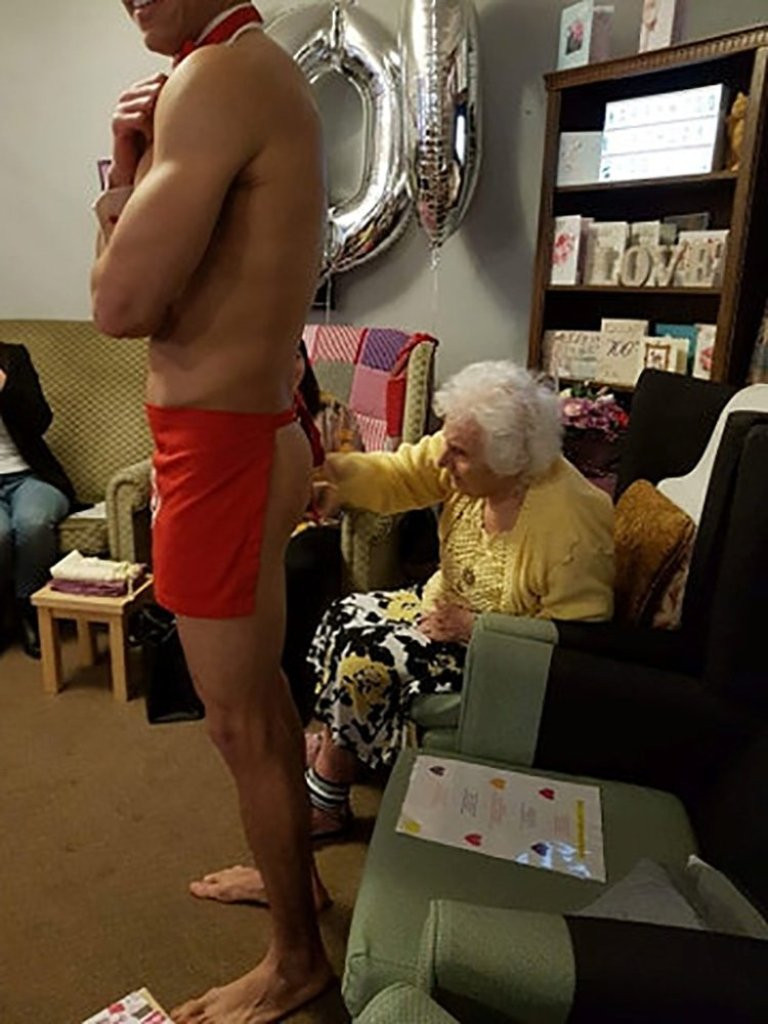 She loved it and she kept asking them to come back and say goodbye to her properly.

She kept asking if we could go and find the naked men again.

She is a lot younger at heart – she still gets around and walks when she feels strong enough and she still laughs and jokes.

The naked butlers, who are familiar to residents at the home, served dinner as part of the home’s Sparkle initiative, where staff raise money to grant the wishes of residents. 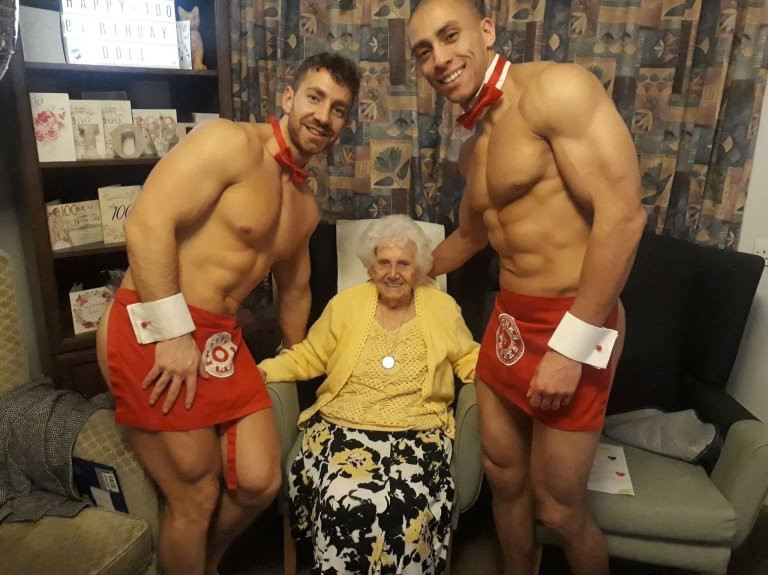 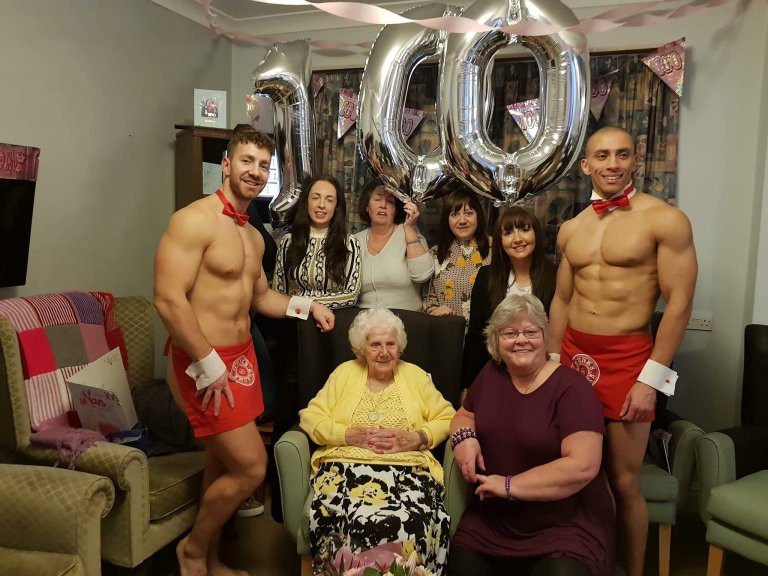 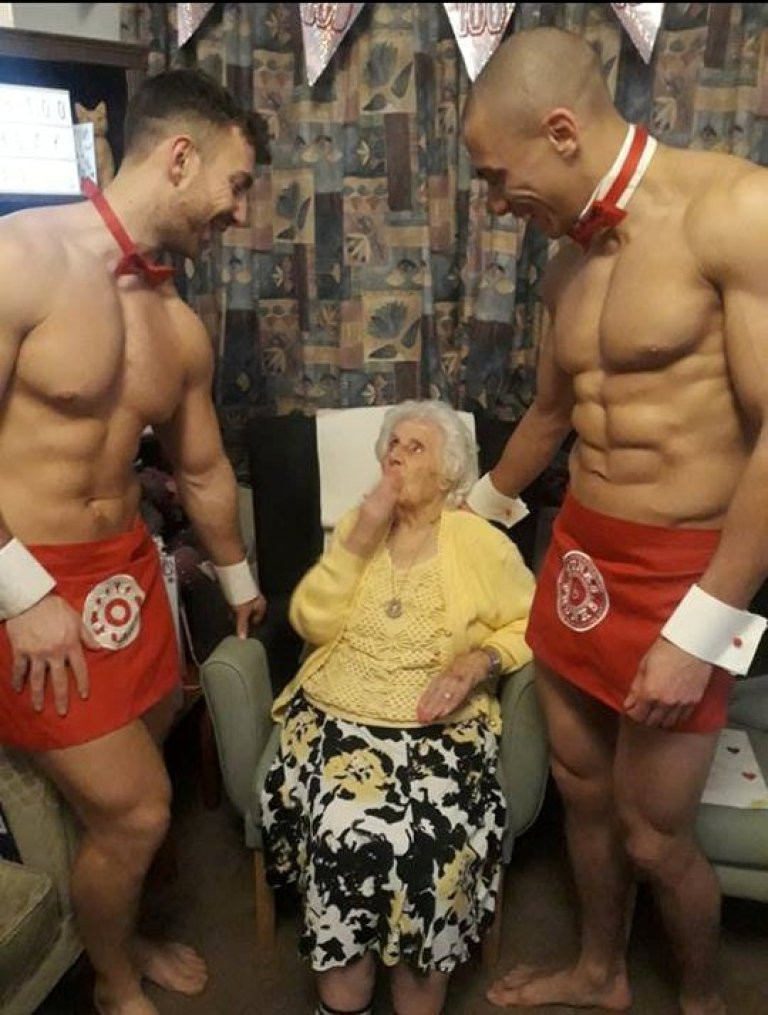 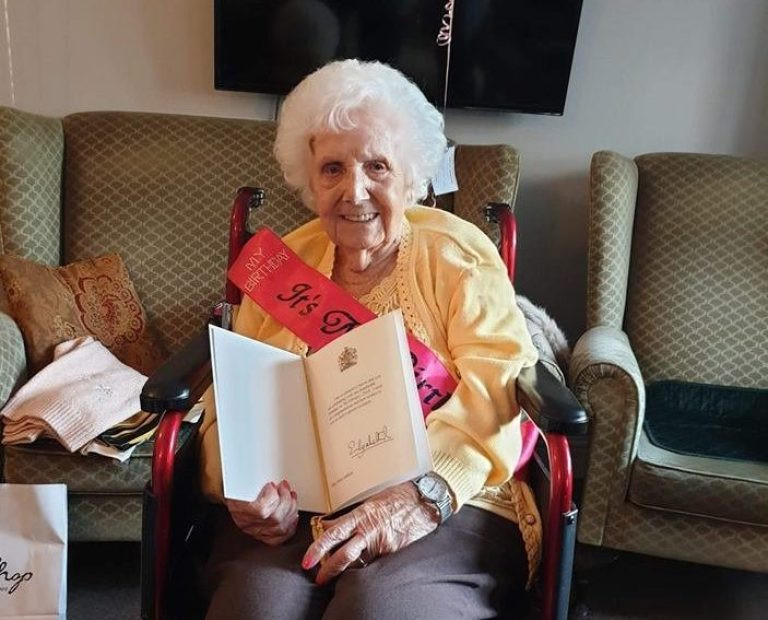 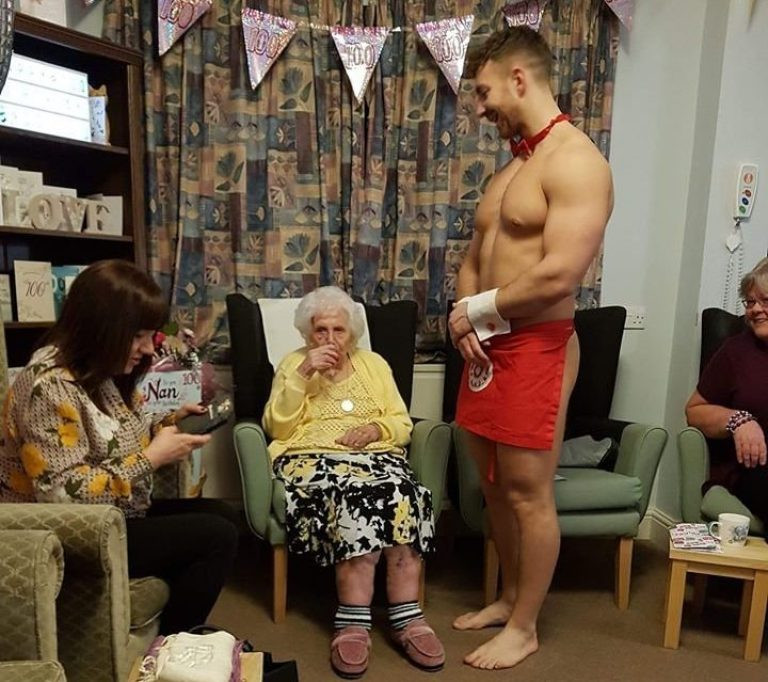