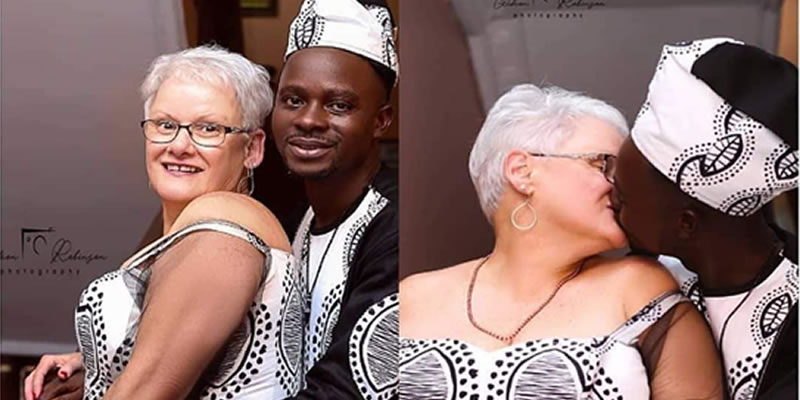 Many people believe that love is blind and this assertion comes from witnessing the most unlikely couple appearing to be in love with each other.

In most parts of the world, it is common for ladies to prefer dating men that are older than them. However it is starting to become a trend for younger men to go for elderly women. There have been several reports of young black men dating and getting married to elderly white women.

According to Zimbabwehuchi.com, this young Nigerian is a 31-year-old man while his bride is a 79-year-old woman.

They were also said to have tied the knot. Photos of the couple were also shared on social media by a Twitter user identified as @Phunkey_ and she did not seem too happy about their union.  See her tweet below.

Despite the stigma attached to African men marrying older women, we wish them a happy union.

“You Inspire Me So Much Lion” Tiwa Savage Tells Wizkid

‘One male child worth more than 10 daughters’, Man insist as offspring…