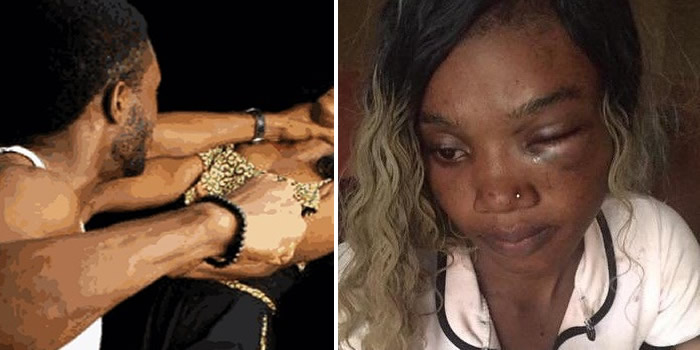 A man identified as Kolawole Taiwo has told his mother-in-law to be happy that he didn’t beat her daughter to death in Lagos.

It was gathered that Mr. Taiwo went violent during a domestic issue at their Abaranje, Ikotun, and beat his wife to a pulp before calling his in-law on the phone to update her.

He then went ahead to seize his wife’s phones, money and restrained her from leaving their apartment. However, she eventually escaped through the help of their neighbors.

The suspect has since gone into hiding. See photos below.