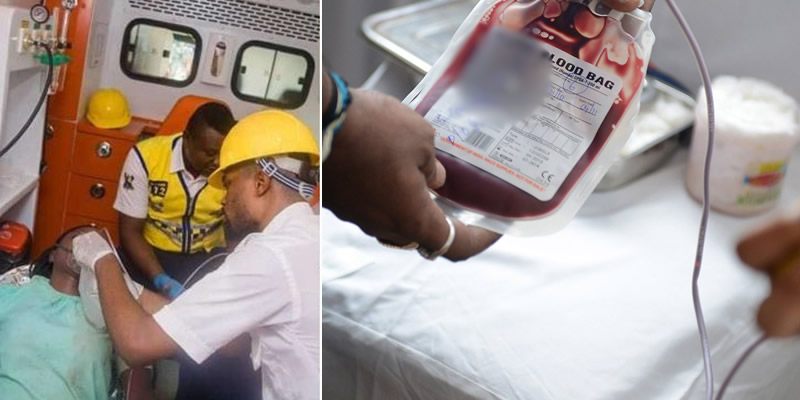 The incident occurred at No 14, Massey Street, Opposite Oja, Ita-Faaji. The building, housing Ohen Private Nursery and Primary School on its third floor, caved in at about 10:20am, trapping scores of pupils.

The large number of casualties sparked a shortage of blood with the general hospital calling for donors.

The school owner was among the first casualties. She was taken to the General Hospital, where she died after efforts by the medicals to save her proved abortive.

Report has it that at least 41 persons have survived the collapsed building tragedy that occurred in Ita Faji, Lagos Island, Lagos, on Wednesday.

The list of survivors, obtained on Wednesday evening, shows 41 names, five of whom are unnamed. It comprises of 22 females, 17 males and two persons whose gender was not listed. 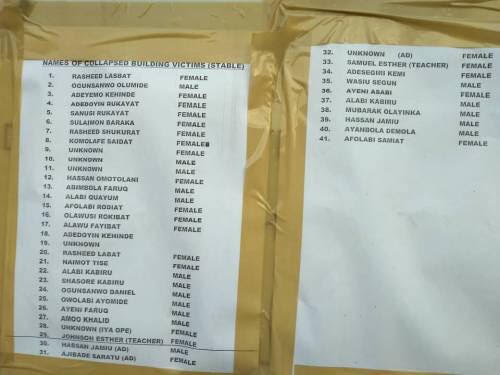 Lagos state governor, Akinwunmi Ambode, says the school that collapsed in the Ilafaji area of the state yesterday March 13th, was operating illegally.

While visiting the scene of the incident, the governor said the school and shops in the three-storey building, were not authorized and were operating “illegally” in the building, which is meant solely for residential purposes. The governor added that many of the structures in the area would be demolished as they are not structurally fit.

“The building is not technically a school, it is a residential building that was actually accommodating an illegal school, so to speak, on the second floor,” he said.