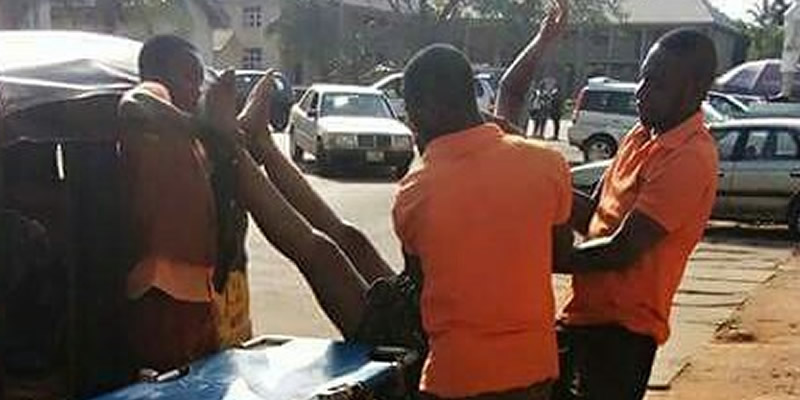 Man killed during celebration of Shrine in Enugu State

The Police in Enugu State says that a local cannon shot had killed its operator in Ogbozinne community in Nkanu West Local Government Area of the state.

A tragic incident took place during celebration of shrine in Enugu on March 11 after  a Canon operator was killed by it’s shot during the ceremony.

Spokesman for Enugu State Police Command, SP Ebere Amaraizu, confirmed the incident on Thursday that the .

Amaraizu said that the community had since been thrown into a mourning mood when a cannon gun allegedly exploded and pierced through the back of the operator.

The Police spokesman said that the cannon operator was later confirmed dead by a doctor on duty in a general hospital in the area.

“On the day, Mrs Blessing Ogbodo from Ogbata village of Ogbozinne community had hired the deceased who was identified as Kenneth Ogbodo to fire a cannon gun for the celebration of her shrine.

“It was further gathered that in course of igniting the cannon for explosion, the first cannon allegedly exploded and pierced through his back.

“He was later confirmed dead by a doctor on duty at Agbani General Hospital, while his corpse was deposited at the mortuary of the hospital as well,’’ he said.

Amaraizu said that investigation had commenced into the unfortunate incident.