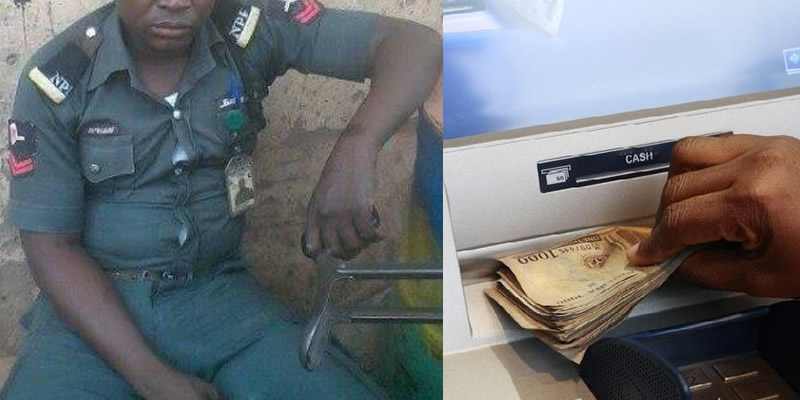 A mobile policeman in Anambra has been detained for allegedly defiling a 35-year-old lady in the premises of one of the new generation banks.

The victim (name withheld) was said to have gone to make some transactions at the bank’s Automated Teller Machine (ATM) in the night when the incident occurred.

Confirming the report, Commissioner of police, Rabiu Ladodo, said the command was still investigating the matter.

He said the command would make the report public after investigation being handled by the state Criminal investigation Department CID, Awka

The Nation gathered that the suspect, employed as a security guard to the bank, had approached the victim, demanding to have sexual intercourse with her.

An employee of the bank, who pleaded anonymity, said the victim had initially refused the request until she was threatened with a gun by the suspect.

According to the source: “With her life threatened, and nobody around to rescue her, she submitted and he had his way”

The source further revealed that the victim stormed the bank the following day with some policemen who arrested the suspect.

Ladodo said: “Soon after the police received complaint of the alleged rape from the victim, operatives were dispatched and the suspect was quickly arrested and placed under detention.”

But he said that preliminary investigation was yet to establish whether the victim was raped during the incident.

Ladodo however assured that the suspect would face necessary punishment if found guilty.