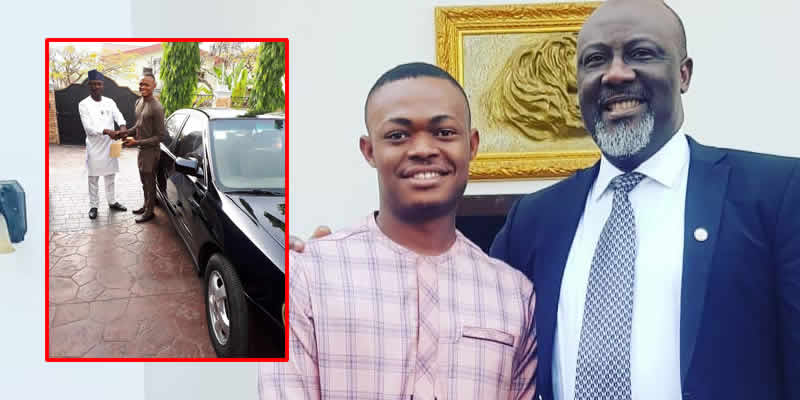 The senator who recently won his re-election bid rewarded his personal photographer, John Samuel with a car for his loyalty and dedication

Senator Dino Melaye has made sure to bless those around him following his successful re-election bid as a lawmaker in the 9th assembly. Reports reveal that the senator recently gifted his personal photographer a brand new car.

A Facebook user identified as Prince Yemi Itodo shared photos from the official car presentation which was done by a Mr Samuel Mayowa on behalf of the generous senator.

It was gathered that John Samuel is the last of the workers of the senator to receive such magnificent gift as Melaye is fond of coming through for his workers and uplifting them.

John Samuel known as Sam J Noni on Instagram has worked with the senator since his first term and has paid his dues as far as the senator is concerned.

It was out of generosity and appreciation for his hard work that Melaye decided to butter the bread of Sam who before now has been jumping cabs all around Abuja.

Bride-to-be in shock, hospitalized as man impregnates his Ex during lockdown that caused wedding postponement