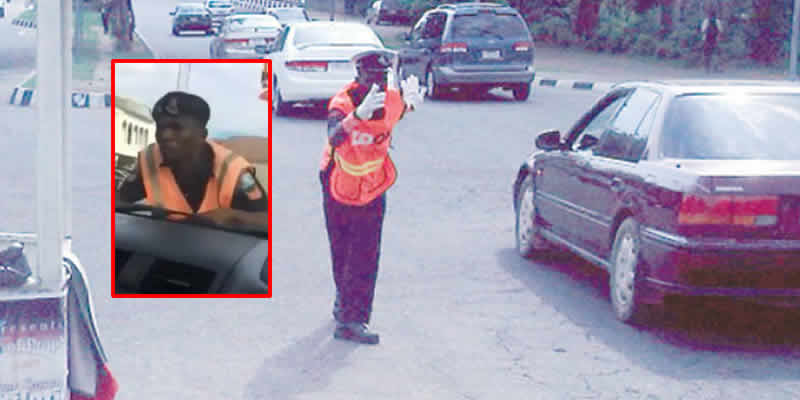 If one was made to name some of Nigeria’s problems, bribery and corruption will undoubtedly be listed. This negativity is even found among personnel who are meant to protect lives and properties.

The Nigerian Police Force has come under heavy criticism in recent times for the apparent corruption among some of their personnel.

A recent incident happened in Maiduguri where the police officer had asked the motorist for some money after it was discovered that all his papers were in order. 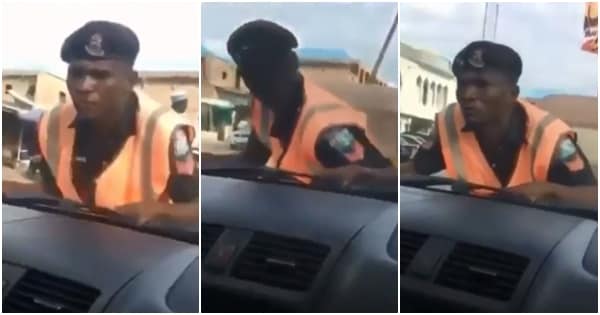 The motorist refused and in a video that has started making waves on social media, the policeman can be seen on the driver’s bonnet even though the car is on motion.

According to reports, the driver had to plead with the policeman to get down from his bonnet.