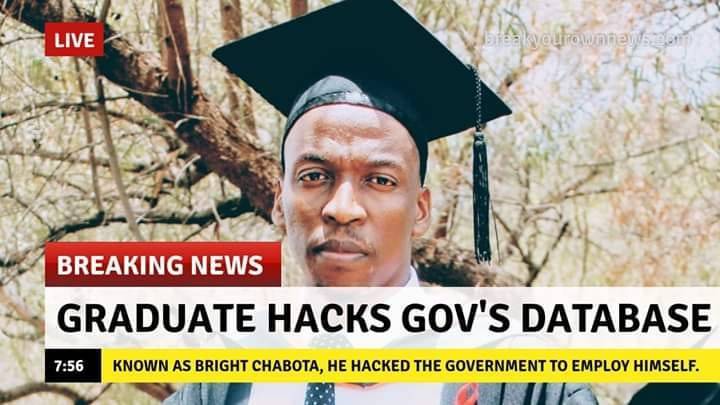 Police Looking For Graduate Who Hacked Government Database and Employed Himself

According to media reports, the police are looking for a man who hacked into the department of health database and employed himself as a system administrator since June 2018 in South Africa. .

Bright Chabota, a computer engineering graduate, of Zambian origin. His father is Zambian and his mother is South African. It was gathered that he never actually went to work but he was getting the salary every month.

Medical card and salary advice were piling up in an officer of the supposed system administrator in the department of health building in Pretoria but nobody had ever seen him.

His parents were tracked down in Alexander and they said he told them he got a job in Nelspruit. He had been sending them R7000 every month since June last year.