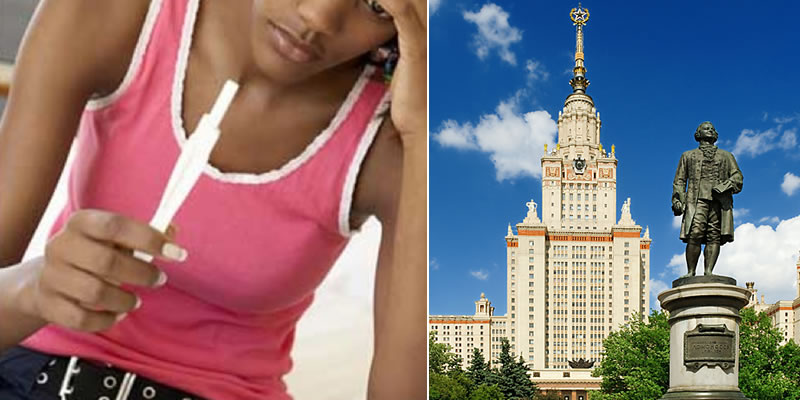 A 17-year-old Nigerian student in Russia studying, has been reported pregnant.

According to a lady who claims to be the cousin of a teenager studying in the European country, the young girl was sent by her parent on her own without a guardian and she lived recklessly in just one year of arriving at her school.

She is reported to be 4 months pregnant and her mother is not willing to offer any assistance to her.

I repeat never send a minor abroad to study on her own without a guardian…my 17 yrs old cousin who is in Russia studying Medicine now 4 months pregnant.. the school hospital need 600 usd to terminate the pregnancy… she called her mum her mum blocked her on whtapp

She’s less than a yr in Russia, I advise she go back to Nigeria.. she said her mum won’t allow her go back to sch.. she said she will commit suicide if her mum don’t come through for her. I called her mum more than 20 times yesterday to beg her she’s nt taking my calls either..

Again Parents don’t send ur minor abroad to study, the freedom they get outside Nigeria is intoxicating.. my auntie has learnt in a v hard way.. I hope she get over it and come through her daughter really soon!

Chief priest stabbed to death for impregnating a Muslim in Delta