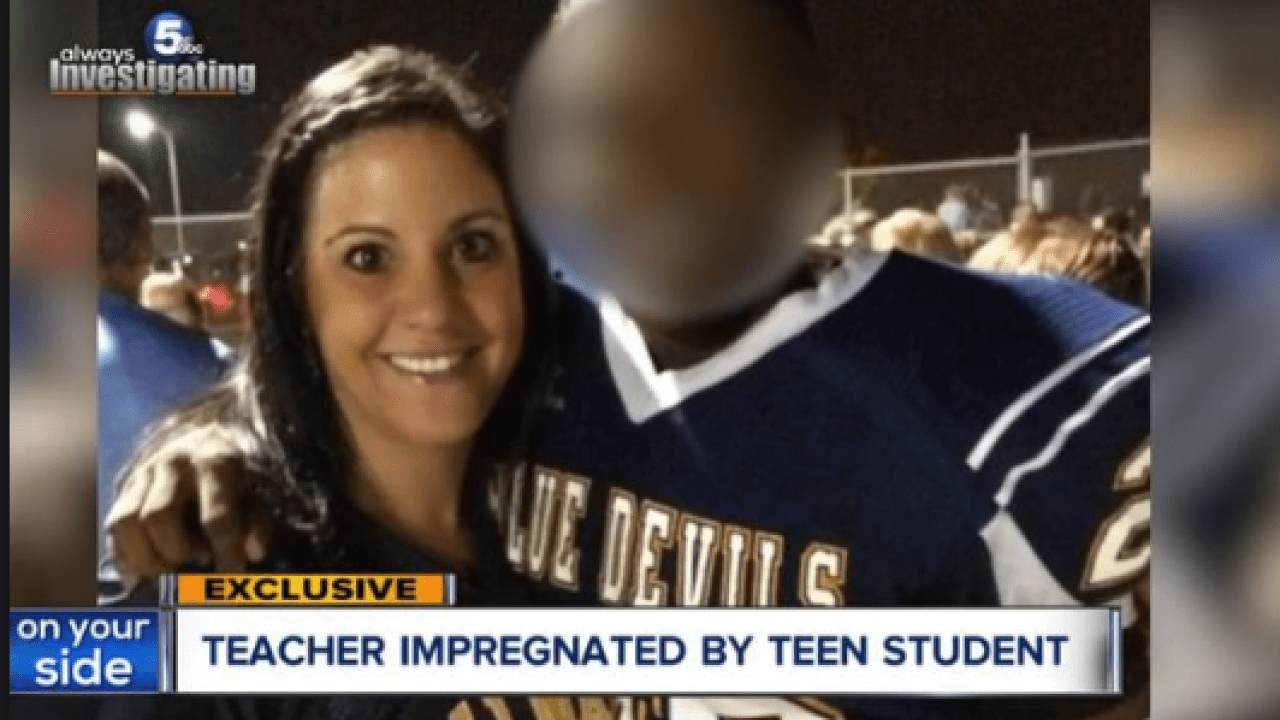 An abused student who fathered his “predator” teacher’s child is suing her and his former school for “rape abuse.” Laura Cross, 38, got pregnant by the pupil after grooming him since he was 12, court papers say.

The pair started having sex when he was 15 and she coaxed his mum to let him live with her so she could “mentor” him. Cross had his baby when he was 17 and was jailed for three years for sexual assault in Akron, Ohio.

The former student, now 21, is suing her, two school districts and staff for failing to stop the abuse.

Court documents say the “wanton and reckless conduct” of administrators failed to prevent Cross “from sexually abusing, assaulting, and raping” the teen.

School bosses and other workers knew about the abuse from the “obvious signs” and from the student’s father repeatedly telling them, the lawsuit alleges. It is alleged that despite knowing of the grooming and rapes, staff did nothing to stop it.

Cross reportedly began the abuse when the lad was in sixth grade in 2009 until he graduated from Tallmadge High School in 2016, according to the documents. She stared grooming him when he was 12 as his music teacher and then as his English teacher, the legal papers add.

Cross was jailed for three years last June after being convicted of three sexual battery charges. The 38-year-old, who has since been released from prison,  also lost her teaching licence.