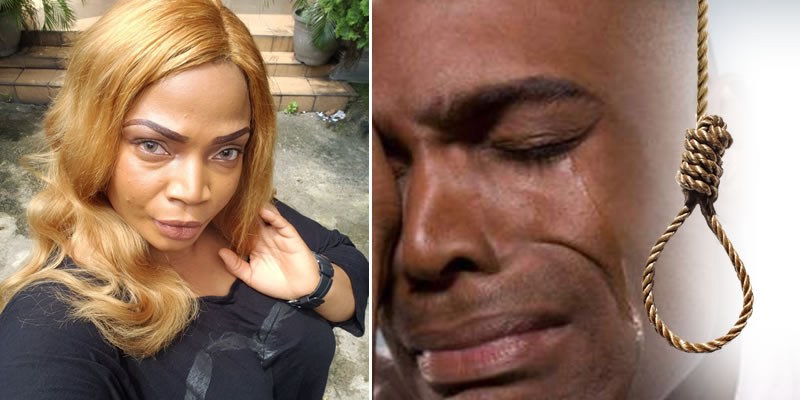 A lady has taken to Twitter with a narration of how a man committed suicide after he was duped by internet fraudsters aka Yahoo boys.

According Bossmom, Few years ago, her friend’s brother was duped of millions of Naira through “Yahoo”. He lost his life’s savings plus money he borrowed to invest in what he thought was a lucrative venture.

He told his family he couldn’t bear to live knowing that he had lost everything he had.

Even worse was that those he owed money started to ask him for their money back. One even arrested him and he was thrown into a cell. He was only released after he signed an undertaking to pay back the money (about 800K) in two weeks. He was owing millions of Naira in debts.

A week after he was released from the cell, the whole family was gathered in the sitting room when he walked in carrying an envelope. He greeted his parents cheerfully. It was the first time they had seen him look “happy” since he had been duped and it made them really happy.

Moments later, they heard a loud bang coming from his room. His older sister rushed in to find him on the floor, in a pool of his blood. She saw the gun and knew what had happened. Her brother had taken his own life. His mother collapsed and was taken to the hospital.

Even though she appeared to get well, the family knew that she probably wouldn’t survive it. He was her only son. The apple of her eyes. She died in her sleep months later. With my eyes, I saw the family tear apart. I saw what grief and pain could do to a family.

If you cannot call out a crime for what it is, that’s fine. It’s your choice not to.
But do not come at people who speak out against it. They have a choice too to speak.
Stop glorifying it and making excuses for it please!

“Mothers of Yahoo Boys will be sent to prison” – Police Warns