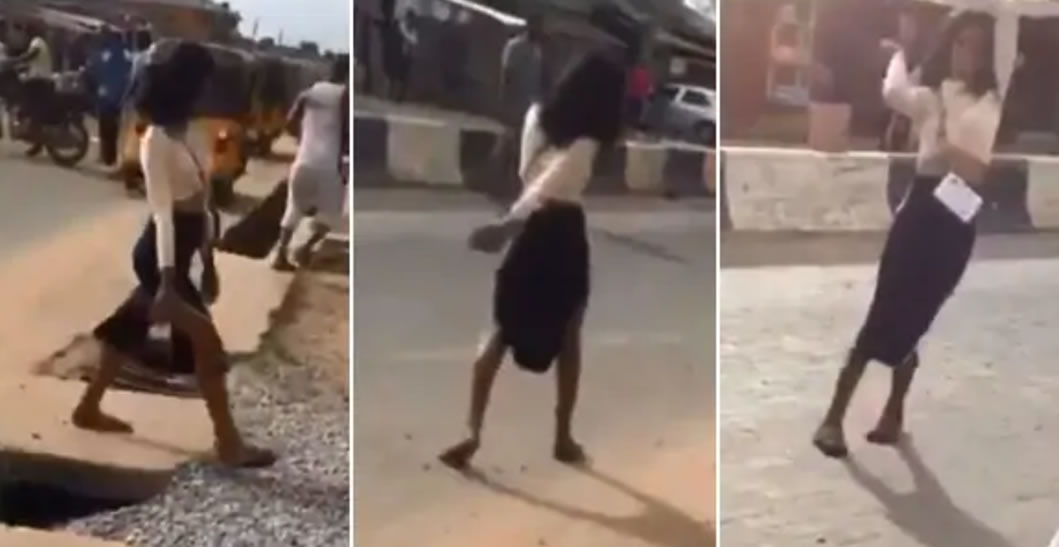 Nigerian Lady runs mad after after a mild accident (video)

In a video that is gradually making the rounds on social media, a young lady was spotted acting funny after she was involved in an accident.

According to reports, the lady boarded a bike, popularly known as okada and it later collided with a tricycle, better known as keke marwa.

However, onlookers were surprised to see the lady start acting funny after the accident. She was seen running around the road and playing with gravel while making incomprehensible sounds.

Some people on social media have attributed her strange behaviour to shock while others felt she was perhaps an unfortunate victim of ritualists.