According to multiple reports, police men are said to be currently beating and molesting students of Adekunle Ajasin University in Akungba township in Ondo State, after the institution was shut down following protest by students over the decision of the management to enforce ‘no payment of tuition, no test/no examination’ policy.

The university had in a circular issued in March 2019 stated that students who were yet to pay their tuition would pay additional N10,000 for late registration, and whoever does not register would not be allowed to write first semester 2018/2019 test and examination.

This led to a protest by students over the decision of the management to enforce ‘no payment of tuition, no test/no examination’ policy. Sequel to the protest, the management of the institution had directed all students to proceed on mid-semester break.

The university in a statement signed by its Registrar, Dr. Sunday Ayeerun, directed all students to vacate the school immediately.

The statement said the students are to return to campus on May 20, 2019. 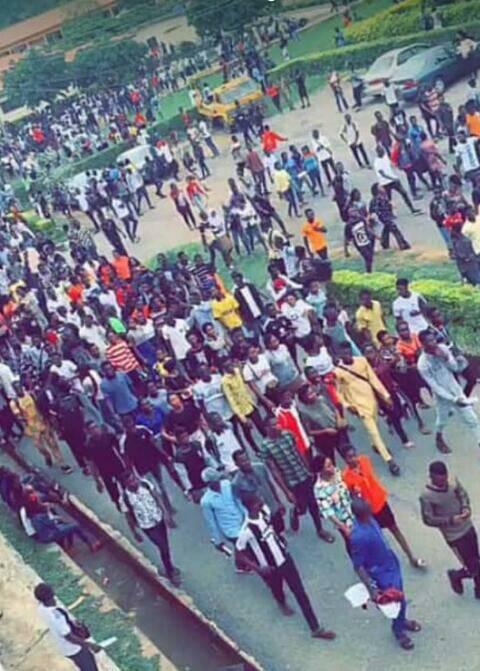 The massive protest erupted on Wednesday as the students resisted the school authorities’ decision to enforce the policy from last Tuesday when 100 level and 200 level students commenced their test.

It is alleged that that some policemen are acting on the order of the University management, led by Prof. Igbekele Ajibefun to harass students involved in the protest. Some students who were found hanging around the town, were forced to lay on the ground and arrested by the police as can be seen in the pictures below. 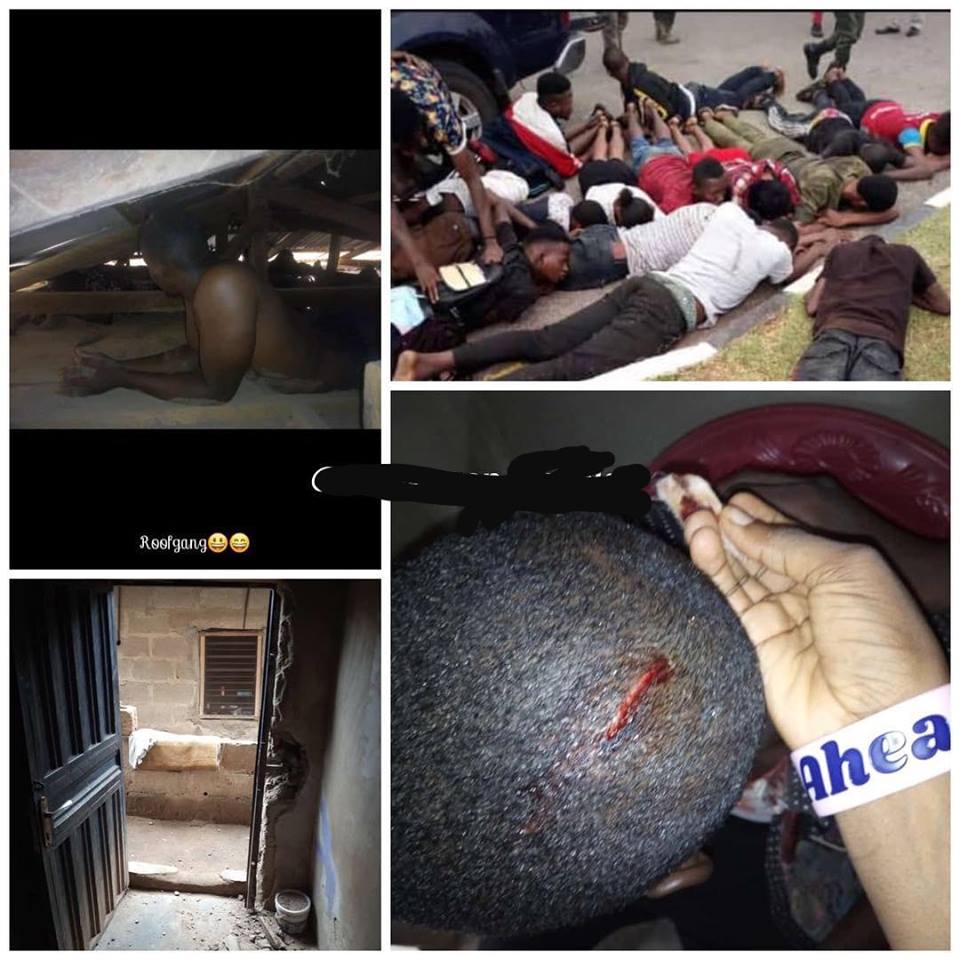 Some students were allegedly injured by the police in the course of arrest as others reportedly escaped being arrested by hiding in the roof.

During the protest, some students reportedly attacked each other before the arrival of police, watch video below.

In the early hours of Thursday, security agents were seen stationed at strategic points of the university gates where some students were arrested and brutalized.

Meanwhile, following the outcry of the students as well as residents of the state, the state governor, Oluwarotimi Akeredolu, ordered the immediate release all students arrested by the police.

In a press release by the governor’s Chief Press Secretary, Segun Ajiboye, Akeredolu gave the directive after receiving reports on the incident from the state Commissioner of police, Undie Adie.

“Governor Akeredolu gave the directive to release the protesting students after receiving a briefing of the incident from the state police commissioner, Undie Adie.

“Governor Akeredolu said the state is already looking into the matter, urging the students to go home and maintain peace, stressing the need for peace in the campus and the state at large.”