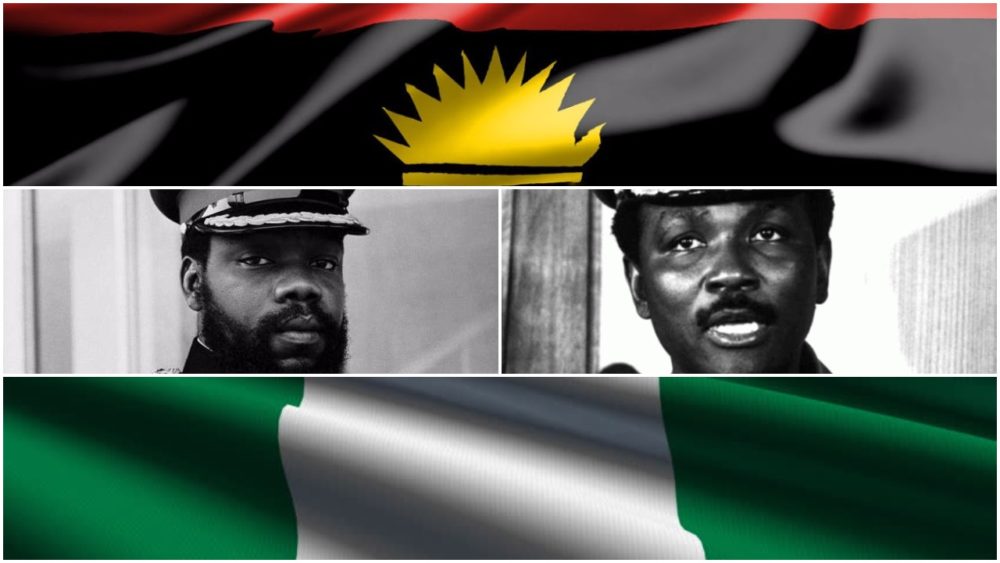 The Nigerian Civil War, also known as the Biafran War and the Nigerian-Biafran War (6 July 1967 – 15 January 1970), was a war fought between the government of Nigeria and the secessionist state of Biafra.

The civil war which started 6 July 1967 lasted for 3 years and is popularly known as the Nigeria-Biafra war and almost destroyed the unity of Nigeria.

Thee civil war was fought to reinstate the unity in the country. It was a result of the Nigeria’s government’s effort to counter struggle by Igbo people of the eastern region to break away from Nigeria under a new name.

The igbo people felt they could no longer co-exist with the Northern-dominated Federal Government of Nigeria. The civil war broke out and was a culmination of an uneasy peace and instability that plagued the nation from independence in 1960.

The Republic of Biafra made up of states in the former eastern region of Nigeria is now divided into 4 tribes – igbos, ibibio-efik, ijaw and ogojas.

The Nigerian federal forces launched their final offensive against the Biafrans on December 23, 1969 with a major thrust by the 3rd Marine Commando Division (the division was commanded by Col. Obasanjo, who later became president twice) which succeeded in splitting the Biafran enclave into two by the end of the year.

The war finally ended with the final surrender of the Biafran forces in the last Biafra-held town of Amichi on January 13, 1970. Only a few days earlier, Ojukwu fled into exile by flying by plane to the republic of Côte d’Ivoire, leaving his deputy Philip Effiong to handle the details of the surrender to Yakubu Gowon of the federal army.

Meanwhile, there is a recent call for the restoration of Biafra. Several Pro-Biafran protest recently took place across the Nation.

The IPOB leader, Nnamdi Kanu is a major key player in this call for restoration and although he has been able to gather followership, he has also been able to make a statement in the country while allegedly living outside the country.