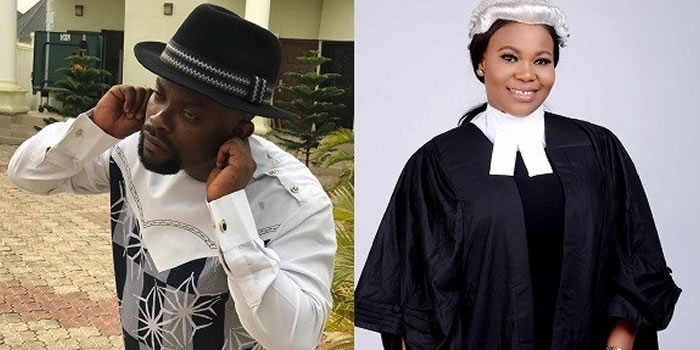 Comedian, Okon Lagos lashes at lawyer who slammed him over his stance on raped Abuja girls by policemen

Poular Nigerian comic act, Okon Lagos seems to not be unnerved by the heavy backlash he’s been receiving lately after he made a video, addressing the issue of the ladies who were raided at a nightclub in Abuja.

News have been making the rounds of how these ladies were allegedly said to have slept with police officers to be bailed after they were taken into custody. Netizens have deemed this as rape and as such, there’s been a controversy on social media as people expect justice to be served.

Nigerian comedian, Okon Lagos recently reacted to the saga and shared a video online – his video has now caused him heavy backlash on social media as some dubbed him a “low budget idiot”.

In Okon’s video, he says people shouldn’t see the case as a rape case but rather see it as theft… He says the policemen who sexually assaulted the ladies should be charged with theft and not rape…

‘We cannot bow to the idol called Coronavirus’’ Pastor Chris…