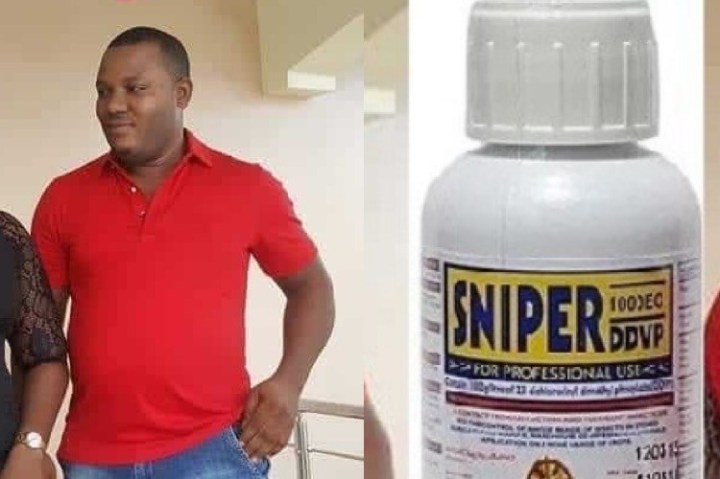 A Nigeria man identified as Ebuka has committed suicide a month to his wedding due to his fiancée’s behavior. According to an insider, Ebuka took his own life by taking a poisonous substance called Sniper.

He is young and rich
His name is Ebuka
His wedding is next month June 8,
He committed suicide

An insider says that he took Sniper which was
as a result of his wife to be behavior!

Suicide is never the solution.
Ending it is never an option.

May God show you mercy and grant your soul peace.

The news is coming in the hills of the death of RCCG pastor Michael Arowobaiye who committed suicide allegedly over issues that had to do with accommodation.

The incident which was confirmed by one of his friends happened around 4pm on Tuesday, May 14, 2019, at Sunnyvale Estate. The deceased allegedly hanged himself with his belt.

An official statement from his family or RCCG is yet to be released to confirm his death. Sadly suicide and depression continues to linger in the community. You would recall that yesterday were had reported a UNN 1st class student Chukwuemeka Akachi who committed suicide and left a note on Facebook for whoever finds his body. He also revealed he has had a long battle with mental health