Kim Kardashian and Kanye West have announced the name for their fourth child as Psalm West, few days after his delivery.

It is no longer news that Kim Kardashian and Kanye West welcomed their fourth baby from surrogate mother, May 10th. Kim Kadashian has now taken to her social media account to publicly announce his name. In a post she made where she shared a picture of her newborn sleeping in his court, she wrote;

Beautiful mother’s day
With the arrival of our fourth child
We are blessed beyond measure
We have everything we need. 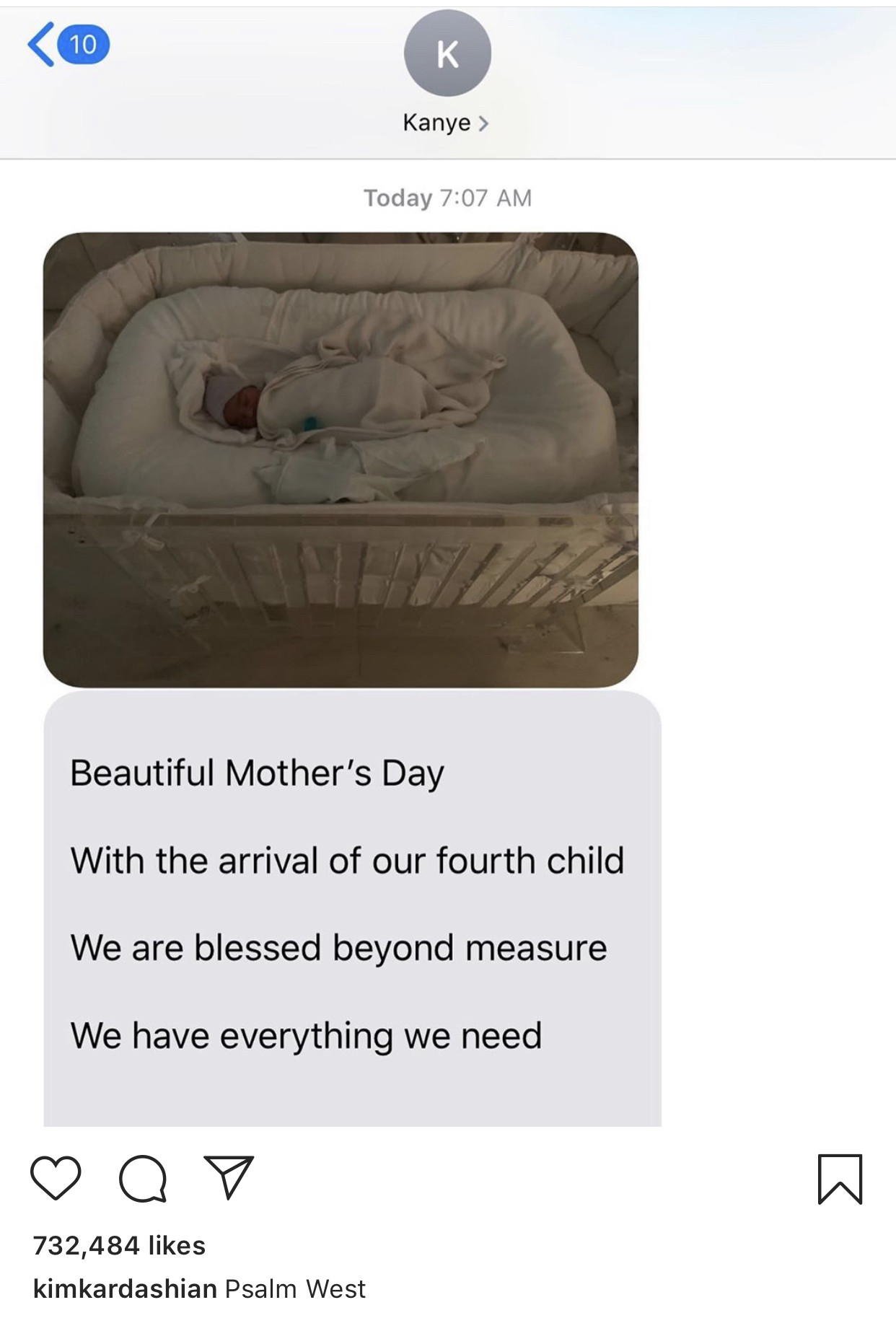 There is no news at the moment on the source of inspiration for the name of the Kim and Kanye’s fourth baby, Psalm West.

According to reports, the newborn was carried by a different surrogate mother and not the same one that carried her third child, Chicago who is now 1 year old.

Kim and Kanye were at the hospital with the surrogate to welcome their newborn. The proud parents were said to have used a leftover embryo they created to bring this newest baby to life. He’ll join three siblings — North, Saint and Chicago — as the sixth member of the family.