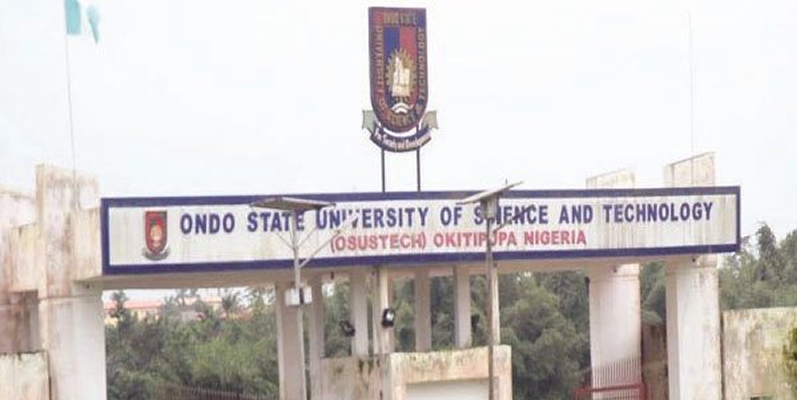 Senior Staff Association of Nigerian Universities (SSANU) Non-Academic Staff Union (NASU) and the National Association of Academic Technologists (NAAT) in University of Science and Technology (OSUSTECH), Okitipupa, Ondo State, on Thursday, staged a peaceful protest against alleged unlawful retirement of its members and non-remittance of pensions to their various pension fund administrators.

The protesting workers allegedly locked the gate of the permanent site of the institution, vowing to continue the protest for seven days until their demands were met.

Mr Temidayo Temola, Chairman, Joint Action Congress of the unions, who Spoke to newsmen, said the institution’s management had served five of their members retirement letters against the lawful retirement ages of 65-70 years.

He explained that the management refused to remit their pension contributions for 12 months to their various pension fund administrators.

“The retirement age for staff is 65-70 years and not 60-65 years as being claimed by the management. On this basis, they served five of our members retirement letters without any provisions for them.

“Even our pension contributions, being deducted from our salaries, are not remitted; leave bonuses too are not being paid. This is total wickedness.

“We appeal to Governor Oluwarotimi Akeredolu to call the management to order and reverse the unlawful 60-65 years retirement and ensure that our pensions and leave bonuses are paid,

“We will resist any attempt to frustrate us and we will keep vigil for seven days until our demands are met,” Temola said.