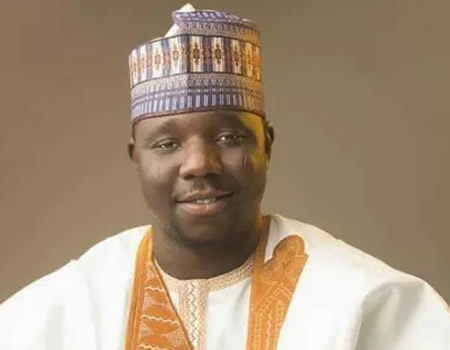 The 9th Plateau State House of Assembly has elected 33-year-old Abok Ayuba who is a 500-level student of Faculty of Law, University of Jos as Speaker of the House.

The contest was devoid of rancour or any horse-trading on the floor of the House presided by the Clerk of the House, Mr. Mangven Wuyep.

A former deputy speaker of the House, Hon. Baba Hassan from Jos North who had earlier indicated his interest to contest for speaker backed out of the race and nominated Ayuba who was immediately seconded by Hon. Simi Dusu of PDP representing Jos North West constituency.

The former deputy speaker of the House in the 8th Assembly Hon. Salleh Shehu from Dengi constituency was also unanimously elected as the Deputy Speaker amidst cheers from other members of the House.

In his acceptance speech, the Speaker thanked his colleagues for the confidence reposed in him and promised not to fail them and further assured that his leadership would not discriminate base on tribe, religion, gender or political affiliations.

“As speaker of this noble assembly, I promise to serve with the fear of God, exhibit trust and humility and carry everyone along irrespective of tribe, party or religious affiliations. We are one in the task of building Plateau State,” he said.

Withinnigeria gathered that the leading contestant Hon. Baba Hassan who is returning to the House for the third term backed out of the race for Ayuba who is a first-timer to emerge as a result of pressure from the state chapter of the All Progressives Congress (APC).

A new member of the Assembly who craved anonymity said the choice of Ayuba was a collective decision among the 23 members of the House including Hassan who is the most senior among the lawmakers, adding that the exercise was carried out with little interference from the APC and Governor Simon Lalong.

“Though the majority of us are coming into the House for the first time including the new speaker, we would learn from the returning members who have graciously agreed to carry us along and teach us the rudiments and act of lawmaking. Baba Hassan was not forced to step down, he did it without being coerced. The governor who is also a former speaker of the House also gave us the freedom to choose our speaker,” he said.