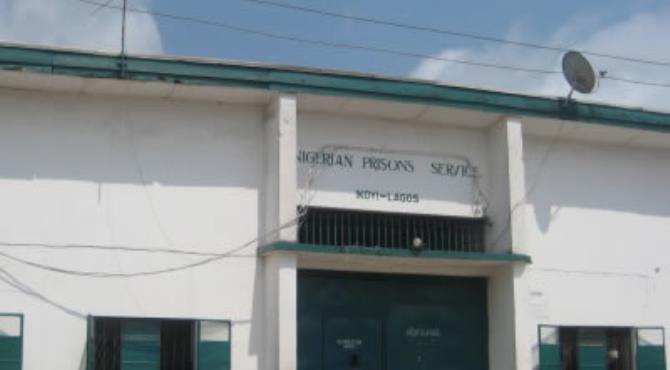 The Lagos State Command of the Nigerian Prison Service (NPS) says it has arrested two suspects, who allegedly attempted to smuggle illegal substances into the Ikoyi Prison premises.

The Controller of Prisons Command, Ailewon Noel, on Wednesday, gave names of the suspects as Ashiru Isa and Adamu Muhammed.

Noel, in a statement issued by Rotimi Oladokun, the Command Public Relations Officer, said the substances were suspected to be marijuana and tramadol.

According to him, the substances were concealed in a pair of slippers.

“NPS has zero tolerance for any illicit activity in any of its prison formations in the command,” Noel said.

He lauded the dedication of the officers and men of the command who ensured that prison security was not compromised and for the arrest of the suspects.

Nigerian lady, Zainab who was accused and wrongly jailed for carrying…

Noel directed that the seized drugs and the suspects be transferred to the custody of the National Drug Law Enforcement Agency (NDLEA) for subsequent investigation and criminal prosecution.