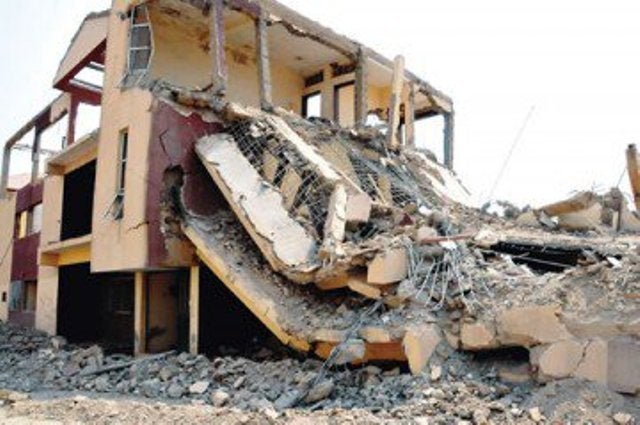 JUST IN: Another Building Collapses In Lagos As Three escape Death

It was gathered that the building which collapsed at Kayode Aluko Olokun Close, Shangisha, Magodo was under construction when it trapped three workers in the rubble.

The building which collapsed around 3.00pm on Thursday, June 13 had the Rapid Respond squad on ground to rescue the three workers who were trapped in the collapsed building.

The three workers have been rescued and taken to the hospital the police confirmed.