Kemi Olunloyo has called out Naira Marley and his fans over a recent attack on Ruggedman in London, just a day after the young rapper was released from prison.

The controversial journalist who has always been in support of Marley, however did not hesitate to call him to order.

Kemi Olunloyo who slammed Naira Marley and his fans after Ruggedman was attacked in London, stated that nobody needs to be attacked for advocacy or freedom of expression.

Marlians, be guided. Don’t be part of this. Violence is not the answer to anything. My whole family almost got killed yesterday because of cash, gadgets and jewelry. My son @richkjtmusic lost all his devices and studio equipment. We were beaten, my 79yo mom tortured at gunpoint.

My #ptsd heightened, my family too now. Nobody needs to be attacked for advocacy or freedom of expression. I support @nairamarleybut not supporting assaulting @ruggedybaba. Sorry Ruggedman. Young ppl don’t take your foolishness to foreign countries. God bless the Naira, Nigeria and everyone

Kemi Olunloyo alleges that someone is trying to assassinate Davido 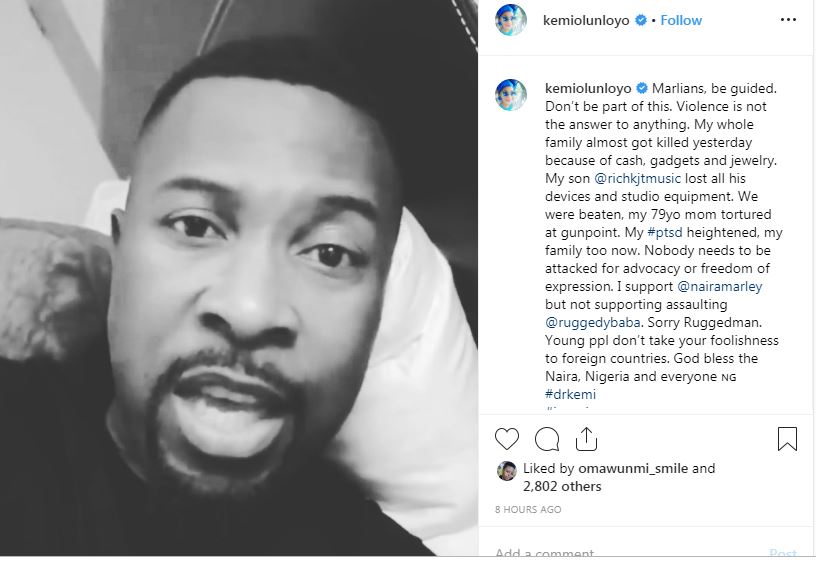