After flipping the coin on Busola Dakolo and Pastor Biodun Fatoyinbo, Kemi Olunloyo has taken a strike at the General Overseer of House on The Rock Assembly, Paul Adefarasin.

According to her, Jesus is absent in the church. She called out Pastor Paul on the grounds that a pastor in the House on the Rock church in Lagos allegedly called her elderly father to “lie” that an Igbo journalist was threatening her. See her post below: 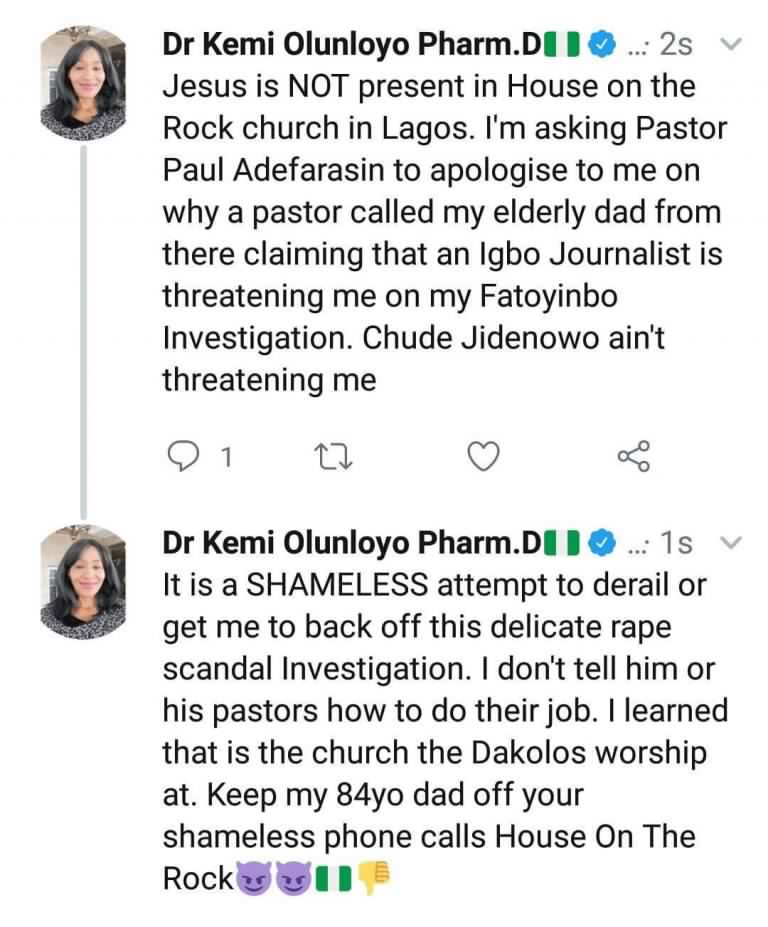 If you recall, Kemi Olunloyo recently weighed in on the Busola Dakolo and Pastor Biodun Fatoyinbo r#pe case. The controversial self-acclaimed investigative journalist who once supported Busola Dakolo and her claims suddenly flipped the script and decided to publicly shame her.

Reacting to the claim by Busola Dakolo, the First lady of Ekiti state, Bisi Fayemi gave her opinion on the matter. The First lady stated that she was appalled by an alarming number of women who came out to condemn Busola Dakolo for publicly accusing Pastor Biodun Fatoyinbo of rape.

What are your thoughts on Kemi Olunloyo’s fresh brawl with Pastor Paul Adefarasin of House on The Rock? Kindly drop your opinion in the comment section below and don’t forget to share.